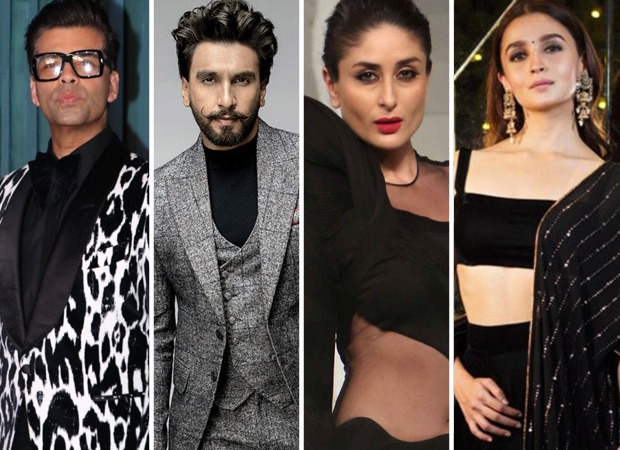 In our country, viewers don’t necessarily know most of the film directors. But Karan Johar is a rare one in this regard. He’s quite well-known and his mere presence as the director of a film can up the hype of a film by many notches. All his films six directorials till now – Kuch Kuch Hota Hai (1998), Kabhi Khushi Kabhie Gham (2001), Kabhi Alvida Na Kehna (2006), My Name Is Khan (2010), Student Of The Year (2012) and Ae Dil Hai Mushkil (2016) – were not just huge hits but are fondly remembered even today for its plot, execution, performances and music. As a result, there was a lot of excitement among moviegoers and the industry at large when Karan announced his next directorial, Takht, in August 2018. The fact that it was a grand, period drama and that it featured as many as 7 prominent actors – Ranveer Singh, Kareena Kapoor Khan, Alia Bhatt, Anil Kapoor, Janhvi Kapoor, Vicky Kaushal and Bhumi Pednekar – had added to the hype considerably.

Therefore, those eagerly waiting for the film would be disappointed to know that Karan Johar, with a heavy heart, has decided to shelve this ambitious venture. A source reveals, “There are several reasons why it has happened. To begin with, it’s too costly a film. Its budget is expected to be around Rs. 250-300 crores. Like every other producer, even Karan had to bear losses due to Covid-19. Also, his expensive films like Brahmastra and Liger are already in production or awaiting release, along with his mid-sized ones like Shershaah, Dostana 2, Jug Jugg Jeeyo and Shakun Batra’s next. Adding Takht to this list won’t be a good idea.”

The source adds, “Since the very beginning, no studio was on board for the film. It was believed that Fox Star Studios was backing Takht because of its partnership with Dharma. But the fact is that Fox was never on board. Karan tried pitching Takht to other studios but his efforts proved futile.”

And that’s not all. The source continues, “Takht is based on Mughal history. The current political climate is volatile and you never know when things can get ugly. We all saw what happened with Sanjay Leela Bhansali’s Padmaavat (2018). Karan felt that there’s no way he can risk taking such a project in such times as a lot of money would then be at stake. As a result, Karan Johar has decided to shelve Takht for now. He might revive the project maybe after a couple of years.”

The source reveals before signing off, “The managers of the actors have been informally told about this decision. Meanwhile, Karan Johar has decided to rope in two of the actors of Takht – Ranveer Singh and Alia Bhatt – for a love story. It’s a space that Karan is familiar with and moreover, it’s also a safe bet.”

A trade expert is unhappy with these turn of events. “Takht looked like a winner. What star cast! Also, it surely would have been a visually spectacular film and something that could have worked big time in cinemas. I hope after a few years, Karan has a rethink and goes ahead with the film.”

Aamir Khan To Be Seen In A Super Chill, Casual, Hipster Look In This Upcoming Song; Read Here For More Details

International Women’s Day 2021: 5 Bollywood Songs That Celebrate Womanhood In The Most Lively Way

Team Bhediya meets the Chief Minister of Arunachal Pradesh ahead of their film schedule in the state : Bollywood News – Bollywood Hungama

Solskjaer explains why he keeps benching Cavani at Man Utd

Andalucia Rally: Off-road legends and rookies are back to business