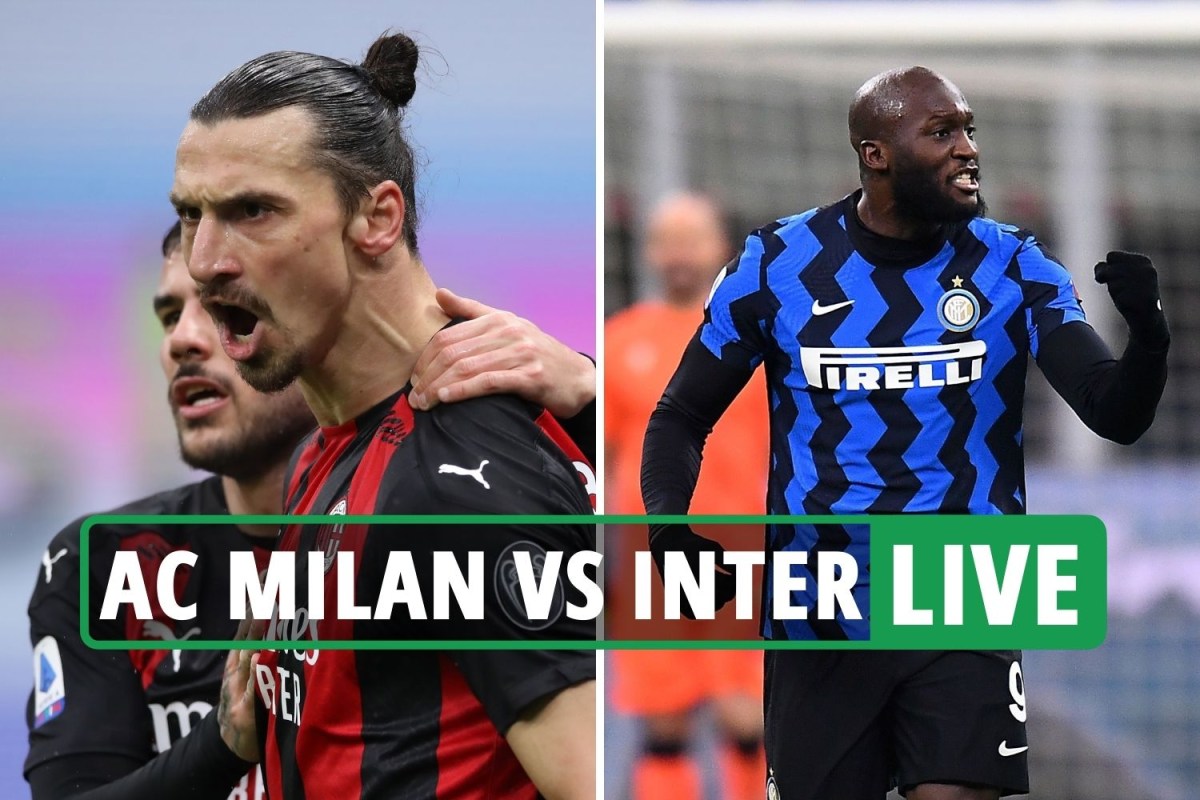 Welcome to our live coverage of the Derby della Madonnina between AC Milan and Inter Milan at the San Siro.

Milan are determined to come out on top today as a victory would see them climbing back up to the top of the Serie A table by overthrowing their rivals.

Manager Stefano Pioli is expected to bring back star striker Zlatan Ibrahimovic into his starting line-up after omitting him from Thursday’s Europa League draw away against Red Star Belgrade.

Davide Calabria could also return to the fold after watching his side snatch two away goals in Belgrade from the bench.

Chelsea loanee Fikayo Tomori started against the Serbian champions but could return to the substitutes’ list as Simon Kjaer may resume his senior role at centre-back.

Pioli may have to make a late assessment regarding the fitness of Brahim Diaz, who made the squad after suffering a recent muscle injury.

But Ismael Bennacer and Mario Mandzukic have been ruled out after sustaining a muscle injury in the Europa League.

Inter boss Antonio Conte is also determined to leave the Giuseppe Meazza with full points as a win would see his side increasing their lead at the top.

Conte, though, will be without the injured Stefano Sensi, who is still dealing with a muscular problem, and will have to make a late call regarding Arturo Vidal, who recently overcame a knee injury

CEO Secrets: ‘You’re selling a new version of yourself’

Get ‘beaten up so much in politics’ maybe because I instinctively...