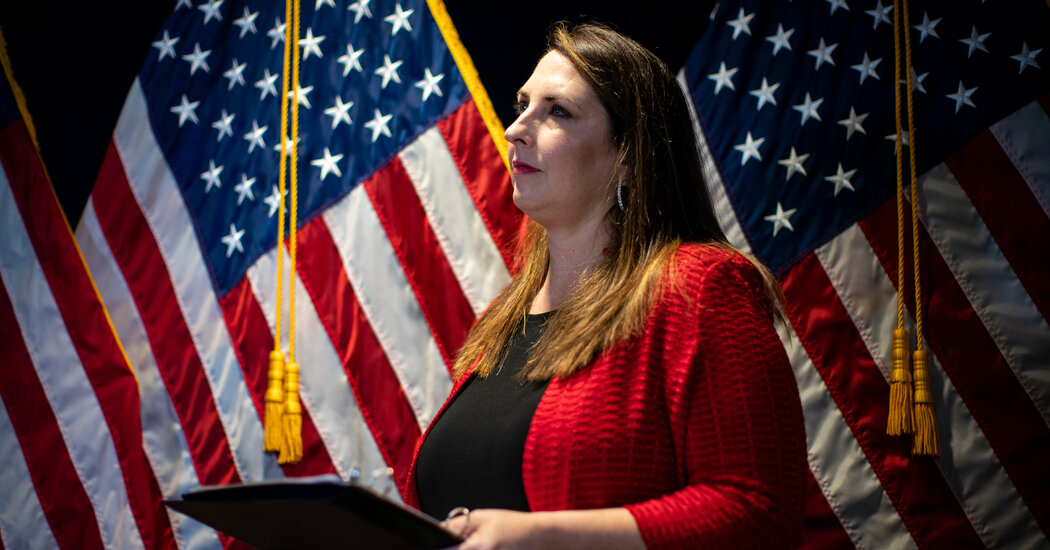 With the departure of former President Donald J. Trump, the G.O.P. has become a leaderless party, with past standard-bearers changing their voter registrations, luminaries like Senator Rob Portman of Ohio retiring, and far-right extremists like Representative Marjorie Taylor Greene of Georgia building a brand on a web of dangerous conspiracy theories.

With no dominant leader other than the deplatformed one-term president, a radical right movement that became emboldened under Mr. Trump has been maneuvering for more power. More moderate Republicans feel increasingly under attack, but so far have made little progress in galvanizing voters, donors or new recruits for office.

Instead, in Arizona, the state Republican Party has brazenly punished dissent, formally censuring three of its own: Gov. Doug Ducey, former Senator Jeff Flake and Cindy McCain, the widow of former Senator John McCain. The party cited their criticisms of Mr. Trump and their defenses of the state’s election process.

In Wyoming, Representative Matt Gaetz, a Florida Republican, headlined a rally on Thursday to denounce Representative Liz Cheney for her vote to impeach Mr. Trump. Joining Mr. Gaetz by phone was Donald Trump Jr., the former president’s eldest son, who has been working to unseat Ms. Cheney and replace her with someone he believes better represents the views of her constituents — in other words, fealty to his father.

And in Michigan, Meshawn Maddock, a Trump supporter who pushed false claims about voter fraud and organized bus loads of Republicans from the state to attend the Jan. 6 rally in Washington, is running unopposed to become the new co-chairman of the state party.

There are still Republican officials who are responsible for the party’s political interests, but they are preaching unity to factions that have no desire to unite.

In an interview on Friday, Ronna McDaniel — the chairwoman of the Republican National Committee and a close ally of Mr. Trump’s — sounded exasperated at the public brawling.

“If you have a family dispute, don’t go on ‘Jerry Springer,’” Ms. McDaniel said. “Do it behind closed doors. It’s my role to call them and explain that if we don’t keep our party united and focused on 2022, we will lose. If we are attacking fellow Republicans and cancel culture within our own party, it is not helpful to winning majorities.”

100 things you never knew about Prince Philip on the eve...