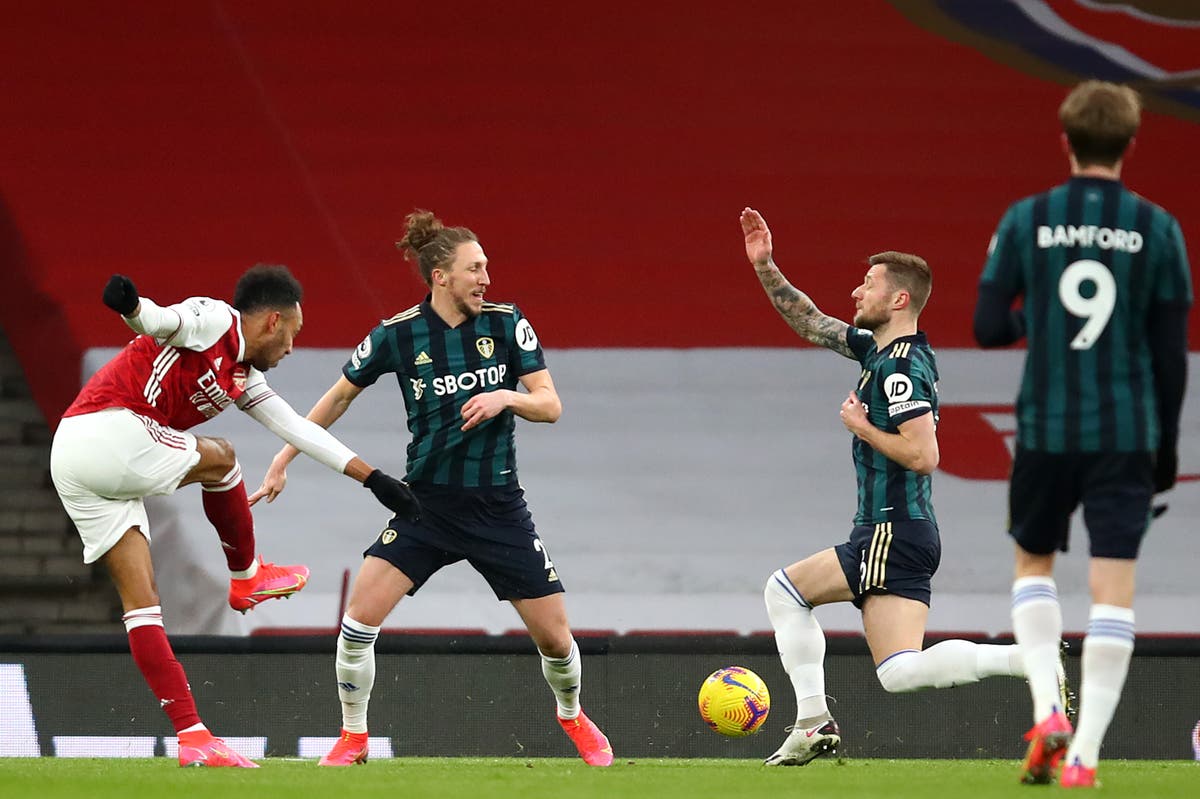 The last time the Gunners hosted Leeds in a top-flight fixture they were still playing at Highbury, with the Yorkshire side relegated in 2004 and the Emirates opening two years later.

How Arsenal fans long for the Highbury years at the moment. A mini-revival following the Boxing Day win over Chelsea has stalled in the past fortnight, with a goalless draw against Manchester United followed by back-to-back defeats in the Midlands, against Wolves and Aston Villa.

Mikel Arteta’s side face a Europa League clash with Benfica on Thursday – a match that looks increasingly important – but this afternoon’s game at least represents a chance to move back into the top half of the table.

Leeds are in good form, having won three of their last four in the league, an encouraging run for a team whose impressive campaign has been marred by inconsistency at times.

Follow all the action on our LIVE match blog with Simon Collings at the Emirates.

Here is that early clinical goal from the Gunners captain…

Simon Collings at the Emirates

Luiz channelling his inner Beckenbauer there. So nearly a great assist and Arsenal’s second. They’ve been on top, but Leeds are still carrying a threat on the break. Harrison looks lively.

27 mins: Luiz goes on a great charge forward, plays a neat one-two to get to the byline and cuts back for Aubameyang, but the captain’s strike is deflected over for a corner. Great run, and this game seems to suit Luiz perfectly.

25 mins: Leeds work the ball well across the Arsenal area and Harrison finds space on the left, but can’t quite dig it out and blasts at an easy height for Leno to save.

23 mins: Leeds are seeing more of the ball now. One thing about Bielsa’s side is that they won’t stop playing their way – that means Arsenal will have to be alert at the back, but there will also be plenty of space to attack.

Simon Collings at the Emirates

That’s much more like the Aubameyang we know. He beats Ayling with a few step overs, before finishing past Meslier. Perhaps the keeper could have done better? Arsenal won’t care. 1-0 to the good.

The Gunners are ahead, and it’s the captain! Arsenal pick up the ball off a poor Meslier clearance and work it back to front. Xhaka feeds Aubameyang on the left, and he cuts inside before drilling the ball into the near post!

A terrible minute for Meslier, but Arsenal lead!

10 mins: It’s been a bright start from Arsenal, but Meslier is yet to be tested. Leeds are starting to find their way into this one – and Bamford gets across Gabriel to head at goal here, but Leno is alert to catch.

6 mins: Both sides are trying to play out from the back – it should be a great game to watch from a neutral perspective.

3 mins: Bellerin shows why he usually uses his left leg for standing – he leans back and sends a resentable chance way over the bar from the edge of the area.