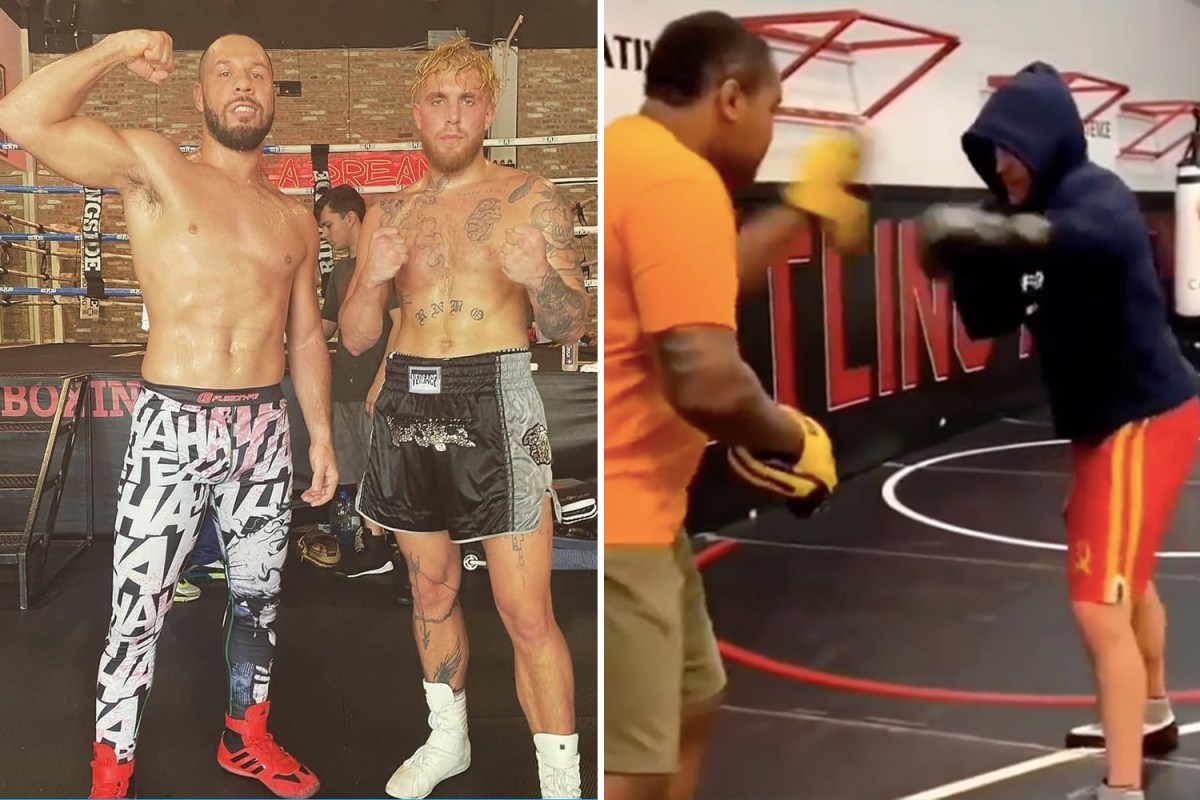 RARE footage of Ben Askren training for his upcoming boxing match with Jake Paul has been released.

Ex-UFC welterweight Askren is coming out of retirement on April 17 to face the YouTube sensation.

While Askren, 36, despite having vast more amount of fighting experience in MMA, was renowned for his wrestling and grappling style.

He has recently been captured preparing for his boxing debut by hitting the pads, landing combinations.

Askren only had six knockouts in his 19 MMA wins, where he won titles in Bellator and ONE Championship.

Former UFC champion TJ Dillashaw is rooting for the American but admitted those in the MMA business are ‘very nervous right now’.

Dillashaw, 35, told Mike Swick: “Askren should win right, but I’m nervous about it.

“You watch him strike and it’s like the MMA world is very nervous right now that he’s gonna be.

“He should win the fight. He should be smart enough.

EYEING UP A RETURN

IN FOR THE YIL

GO WITH THE FLO

“I mean Jake Paul is gonna get tired, he should be able to wear him out and make him lose his explosiveness and dance around and get the win.

“But I wouldn’t say Askren’s the better striker I think he’s just the better competitor and that’s what’s gonna win him the fight.

“At least I really hope so, my fingers are crossed because man, crazy.”

Group of Ministers spells out steps to ‘neutralise’ narrative against government

PM Modi To Inaugurate Conference On Vigilance And Anti-Corruption On October...

Three dead in Kilmarnock night of chaos: Woman, 39, dies in...