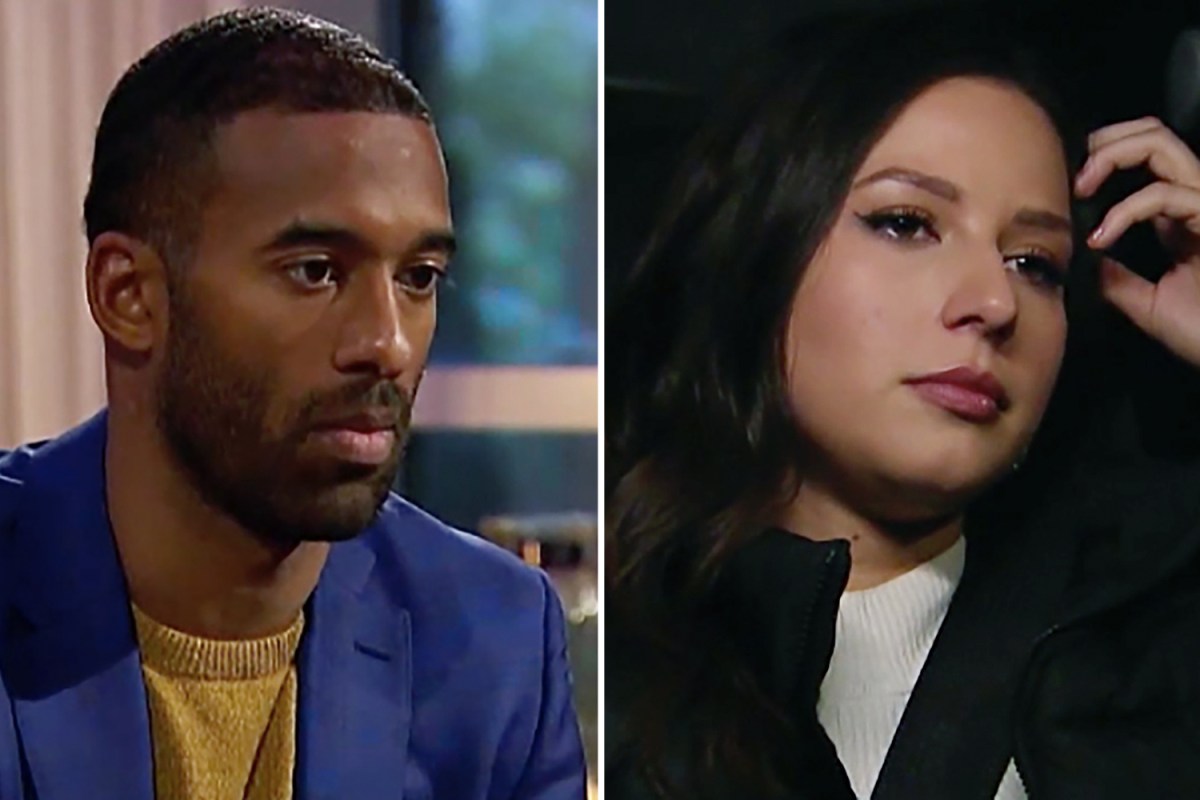 BACHELOR Nation slammed Matt James as “trash” for eliminating Katie Thurston as the fan-favorite is rumored to be the next Bachelorette.

On tonight’s episode of the ABC series, Katie revealed she was falling in love with Matt during a romantic one-on-one only to be sent home in tears after the date.

🌹 Follow all the latest news and stories on The Bachelor

After a week of drama in the Bachelor mansion – which is a Pennsylvania resort this season – Katie, 29, went on her first solo date.

The pair shared a lot of laughs when they pranked the leading man’s best friend, Tyler Cameron, at the hotel’s spa.

While the hunk got a massage, Katie and Matt secretly told the masseuse to say uncomfortable things during the relaxing experience.

All seemed to be going well, with Matt even exclaiming he was “blown away” by how “incredible” Katie is.

However, he admitted he struggled to see a “romantic side” with the Oregon native.

During the evening portion of their one-on-one, the couple sat down at a candlelit dinner before opening up about what they’re looking for in a relationship.

Katie told her man: ”I want to meet someone who’s also ready and knows who they are because then there’s no changing anybody.

“I can see this continuing and I really am hopeful that my love story is your love story and I’m here ’til the end if you want me to be.”

Matt, 28, appeared overcome with emotion by what he was just told and proceeded to grab the rose placed on the table.

“You’ve been honest with me and I owe the same honesty to you,” he told her.

“And the truth is, my relationship with some of the other women in the house has progressed further along than ours has up until this point, and I can’t give you this rose tonight.

“And that’s not a slight at who you are and what our time’s been together.

“I just haven’t had those feelings that I need to have for finding a wife in this process,” he added.

Appearing disappointed, Katie wished Matt luck and was walked out to the waiting SUV.

She admitted to being blindsided, saying: “”I just didn’t see that coming at all,” she admitted. “I just felt the blood drain from my face.”

Fans were equally surprised and many flat-out disappointed with Matt’s decision to send Katie home.

“Wow… imagine sending Katie home— couldn’t be me,” one person quipped alongside a meme.

Another wrote: “Katie was literally the one with the least drama. She was upfront and transparent the whole time. Matt just likes drama.”

Over the weekend, blogger Reality Steve dropped an alleged spoiler about Katie’s fate on her journey to find love with Matt on The Bachelor, and her future with the ABC franchise.

He shared: “At the Women Tell All taping this past Thursday, Katie Thurston was announced as the next Bachelorette.”

However, he has since claimed the network may be announcing the decision as early as this week.

The Chase contestant shares behind-the-scenes secrets that you don’t see on...