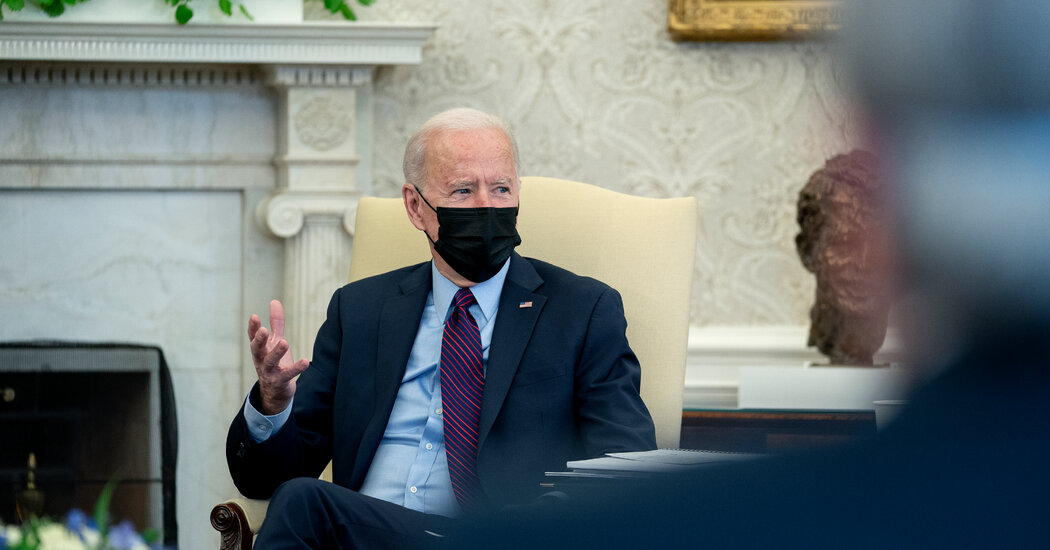 Instead, Mr. Biden has gone out of his way to court Republicans, treating them to his first official Oval Office meeting — an honor he knew, as a former senator, would flatter them — from which they emerged with no agreements, but a palpable sense of bonhomie.

“The president was very gracious,” Senator Bill Cassidy, a Louisiana Republican who discussed education funding with Mr. Biden, said after their meeting. “If we’re going to go forward as a country, we have to do a better job than we’ve been doing of figuring where those who disagree with us are coming from.”

Senator Jerry Moran, a Kansas Republican who gushed to the president about how nice it was to talk with other humans during the pandemic, confessed to his colleagues after their meeting that Mr. Biden “knew more about his plan than we did and Joe Biden knew more about the Republicans’ plan than they did,” Mr. Carper recalled.

When weather prevented Senator Mike Rounds, Republican of South Dakota, from attending in person, he called in to one meeting with Mr. Biden, whom he later described as “cordial,” “interested” and “engaged.” Mr. Rounds told the president that he had personally received a stimulus check — evidence, the senator argued, that the next round of relief payments should be more targeted.

“He made it clear that he thought that the relationships that he had established in the United States Senate were still pretty important,” Mr. Rounds said. “But he didn’t give up any of the aces that he may have in his hand.”

Yet Mr. Biden is using the sessions to cultivate relationships with important potential allies.

Senator Jon Tester, a centrist Democrat from Montana who could be a crucial swing vote on the stimulus plan, said after his audience with Mr. Biden that in his 14 years in the Senate, no president had ever invited him to the Oval Office before.

“I’m going to be honest with you: It was pretty emotional for me,” Mr. Tester said. “I told the president that.”