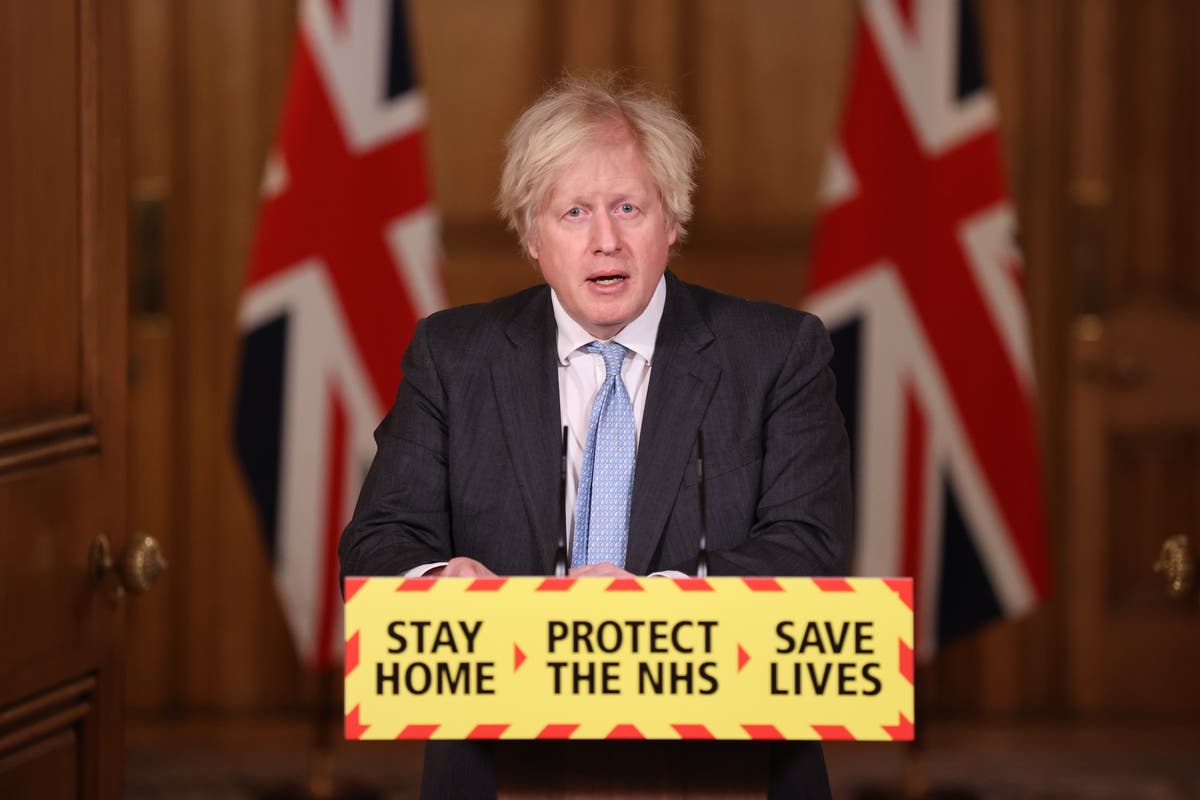 oris Johnson will address the nation about easing coronavirus restrictions on Monday at around 7pm, it has been revealed.

He is expected to say that schools will reopen on March 8, when people will also be able to meet one person from a different household for a coffee or a picnic outside.

Rules could be further relaxed on March 29 to allow six people or two households to meet outside, while non-essential retail will open before the end of April, according to the Sunday Times.

Pubs and restaurants should be able to operate indoor service by May, but could be allowed to serve customers outside earlier.

Music festivals and football matches should be allowed towards the end of May, with the introduction of rapid testing to screen fans for coronavirus.

It comes as Boris Johnson has pledged that every adult should be offered the covid-19 vaccine by July.

The accelerated rollout is a result of the Government reaching its target to vaccinate 15 million people in the top four priority groups – over 70s, health and social care workers and the clinically vulnerable – by February 15.

Adults aged 50 and over – as well as those with underlying health conditions which put them at higher risk – will be offered a vaccine by April 15 under the expedited plans.

The prime minister said: “Hitting 15 million vaccinations was a significant milestone – but there will be no let up, and I want to see the rollout go further and faster in the coming weeks.

“We will now aim to offer a jab to every adult by the end of July, helping us protect the most vulnerable sooner, and take further steps to ease some of the restrictions in place.

“But there should be no doubt – the route out of lockdown will be cautious and phased, as we all continue to protect ourselves and those around us.”

The prime minister plans to ease restrictions following the UK’s third national lockdown which was imposed after a second wave of the coronavirus swept across the nation.

This was blamed on the spread of the Kent strain of the disease, which is believed to be more transmissible.

Flying to India? Here are the Covid airport guidelines you need...