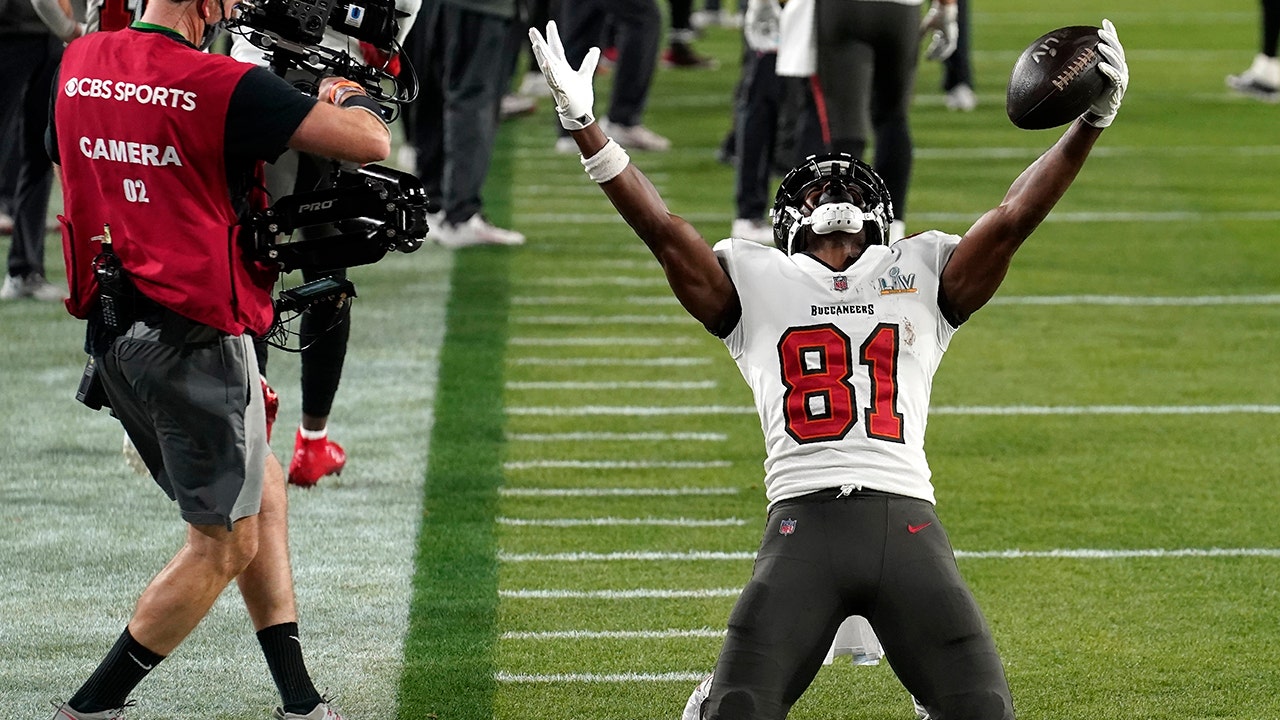 Fans, many of them of them not wearing masks, poured into downtown streets and packed bars and nightclubs around the city to celebrate another professional sports title for Tampa Bay, which is building a reputation as a home of champions.

“It’s hard enough to win a title in any sport, let alone the same city being able to nab two and almost get another at the same time,” Lightning coach Jon Cooper said Monday.

Super Bowl Sunday was a travel day for the Lightning, who flew to Nashville, where they watched Tampa Bay’s 31-9 rout of the Kansas City Chiefs as a group at their team hotel.

“[email protected]! Thanks for the birthday present,” captain Steven Stamkos, who turned 31, wrote on Twitter, where he also posted a photo of teammates posing in Bucs gear in front a giant television screen showing Tom Brady celebrating after the game.

“You feel like you’ve got a stake in the game when it’s your home team. That was the cool part about watching the game and watching all the guys in the room cheer. It was a really cool feeling,” Cooper said. “I know we’re not part of the NFL, but you feel a part of it. So it was great. Impressive. What a showing. It was fun to watch.”

The Lightning made their entire postseason run in NHL playoff bubbles set up in Canada, hoisting the Stanley Cup for the second time in franchise history in September.

The following month, Major League Baseball’s Rays captured their second American League pennant in a bubble setting in California before losing to the Dodgers in six games during a neutral-site World Series played in Texas.

The Bucs’ first NFL title in 18 years was especially sweet because they won three straight road playoff games to become the first team to play a Super Bowl in their home stadium.

Attendance was limited to about 25,000 in 65,000-seat Raymond James Stadium due to COVID-19 protocols. That didn’t stop the community from celebrating the hometown team’s appearance on football biggest stage.

Many partied while defying a local order mandating masks even be worn outdoors during Super Bowl week, and drawing sharp criticism from some public officials.

“The pressure was on us. The Lightning won the Stanley Cup and the Rays went to the World Series. Unfortunately, they didn’t pull it off, but we were still rooting for them. Hopefully they get a chance to go back again,” Bucs linebacker Lavonte David said.

“It was our time now. We had to step up to the challenge for the city. It was definitely long overdue. Those guys had our backs throughout the season, both the Tampa Bay Rays and the Tampa Bay Lightning. They were rooting us on.”

Some of the Lightning players wore Bucs jerseys on the team’s flight to Nashville, too.

“We try to watch the Super Bowl every year. This is probably the first where everyone was rooting for the same team,” Johnson said. “Normally we have some rivalries and some bets against one another. This one, we all wanted the Bucs to win.”

And the Bucs recognized that.

“It’s definitely a family thing. All organizations stick together for this city,” David said. “We were able to step up to the plate and bring one home for Tampa Bay.”

“It brings unity to your city, and pride,” the coach said.

“It went from a sea of blue in September and slowly to a sea of red with a nice spot for the Rays in between,” Cooper added, referring of the dominant colors of the Lightning and Bucs. “It’s fun to be part of that.”

Farmers’ protests: Around 200 artists of Republic Day parade stranded near...