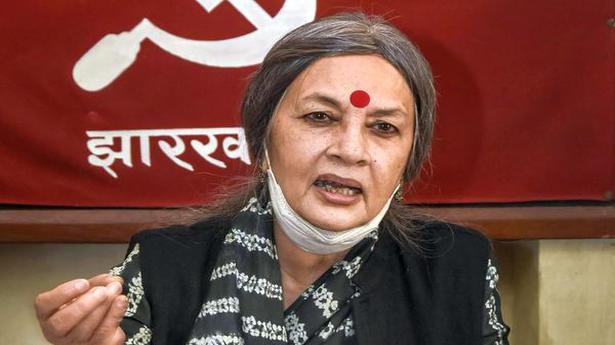 CPI(M) Polit Bureau member Brinda Karat, speaking on the first anniversary of the Northeast Delhi Riots in New Delhi on February 23, alleged that there has been a deliberate subversion of justice as truth has been hijacked to serve political interests and to save BJP leaders.

She said that BJP Kapil Mishra, accused of making inflammatory speeches ahead of the riot, has the temerity to say that if required, he would do it again.

“This shows how the government in power has given protection to its leaders who gave inflammatory speeches.” Ms. Karat said.

She added that the government wants no dissent at all and according to its dictionary, dissent equals anti-nationalism, and anti-nationalism becomes patriotism if you wear a saffron scarf and carry a BJP flag.

The CPI(M) demanded an independent, impartial probe into the Delhi Riots. It said that the role of the police has to be questioned and asked how was the capital was allowed to burn for five days under the eye of the Home Minister himself. The party also released a report on the riots detailing the suffering of the victims.

How to watch, what to know