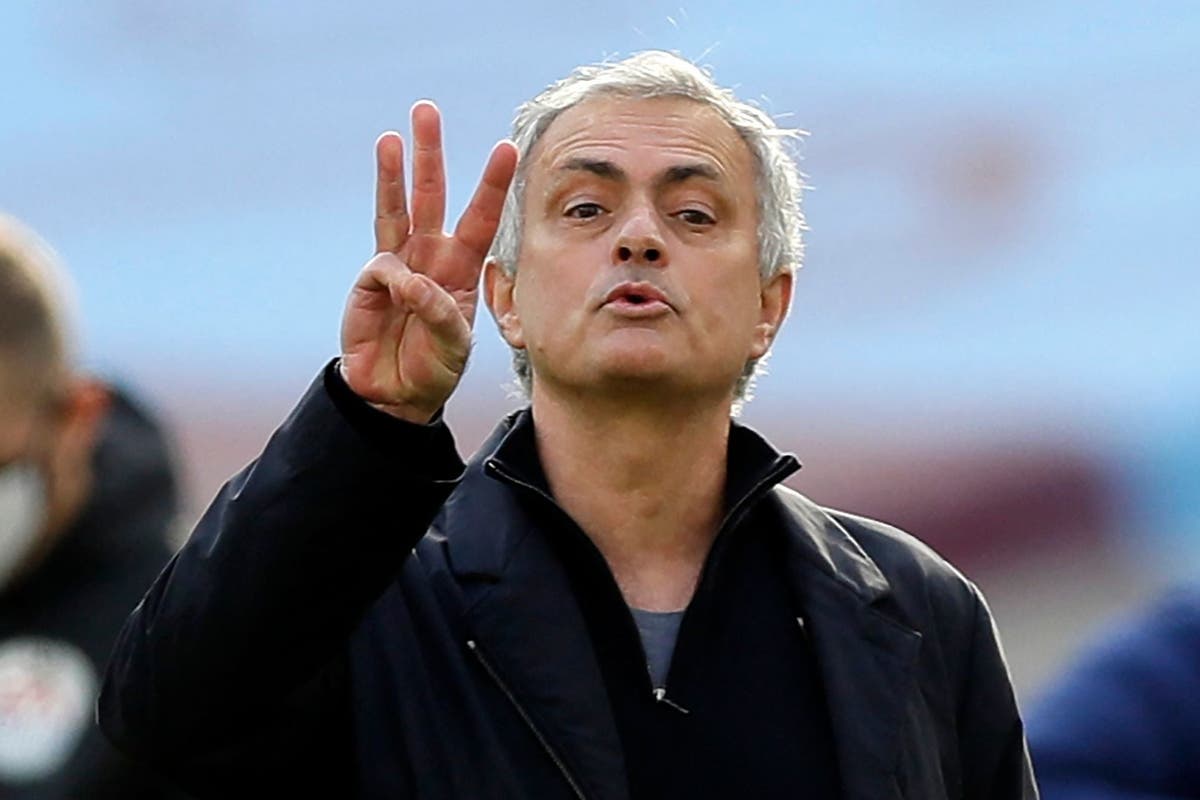 Spurs lost for the fifth time in six League games and were cut further adrift from the top four, as the Hammers strengthened their own Champions League chances with an impressive win.

The result left Spurs nine points behind their rivals after goals from Michail Antonio and Jesse Lingard at the start of each half.

Lucas Moura pulled one back for Spurs, who were much improved after Gareth Bale’s introduction at half-time and hit the post in stoppage-time through Heung-min Son.

An encouraging 45 minutes, inspired by Bale, is unlikely to be enough to appease Spurs fans, however, who would have expected to comfortably finish above West Ham at the start of the campaign.

But the Hammers are enjoying a superb season and look a well-organised, hardworking and united side, who know their strengths and weaknesses.

Mourinho’s side, by contrast, have been in free fall since mid-December and this defeat was characterised by more familiar failings.

The defending for both West Ham goals was dismal. Again.

Eric Dier was caught ball-watching in the build-up to Antonio’s close-range finish inside five minutes, while Davinson Sanchez made a desperately weak attempt to challenge Lingard seconds after the restart.

Dier and Sanchez are clearly not top-class defenders but they are both internationals and not beyond coaching, so Mourinho must share a large proportion of the blame for their continued and repeated failings.

On paper, you would swap neither player for Craig Dawson and yet the Hammers centre-half was superb, making a goal-saving block to deny Kane in Spurs’ best opening of the first half.

Just as there was no defensive organisation from the visitors, similarly Spurs lacked attacking cohesion until the half-time introduction of Bale.

In the first 45 minutes, they looked reliant on Kane, Son or Tanguy Ndombele to produce a moment of individual brilliance. So often the saviours, Kane and Son were both quiet by their high standards.

Mourinho can point to the second half as evidence that his players are still fighting for him but his side increasingly look unable to beat talented or simply well-organised opponents at the highest level and their season already feels dependent on the Europa League, where they have all but confirmed their place in the last-16, and League Cup final against Man City in April.

Will that be enough for the fans and, ultimately, the board?

Whatever happens from here, it is clear that Bale has to play a greater role in the rest of Tottenham’s season after making a superb impact from the bench.

Mourinho’s decision to introduce the Welshman and Matt Doherty for Erik Lamela and Japhet Tanganga at half-time immediately looked to have been in vain, as West Ham doubled their lead within seconds of the restart.

But Bale soon took control of the match and was at the heart of the visitors’ dramatic improvement after Lingard’s goal.

From his corner, Lucas headed home at the near post to get Spurs back into the game and Bale, revelling in a free role, was central to the push for an equaliser.

The 31-year-old was inches from scoring himself, fizzing a fierce half-volley off the top of the crossbar, having seconds earlier unlocked West Ham’s defence with a pass for Kane.

Another great chance for a second goal came from a move started by Bale, who flicked the ball around the corner to Lucas Moura before Kane fired a low drive an inch wide.

Bale looked sharper than he has done at any point this season and if Spurs are to get back on track they should build around the fit-again forward.

Sanchez needs to be taken out of the firing line

Tottenham’s defence has shipped soft goals whatever combination of centre-backs Mourinho has used, suggesting the problem is systemic and goes deeper than simply individuals.

That said, Mourinho arguably picked Tottenham’s least confident and secure pairing in Dier and Sanchez – and Spurs paid the price.

Dier was caught flat-footed by West Ham’s opening goal and Sanchez was at fault for the second in a calamitous performance from the Colombian, who needs to be taken out of the firing line.

Mourinho appears to be managing Toby Alderweireld’s minutes but playing the experienced Belgian alongside Joe Rodon is surely the way forward for Spurs in the biggest games.

‘It’s a tough time to be Asian,’ demonstrator says at Los...