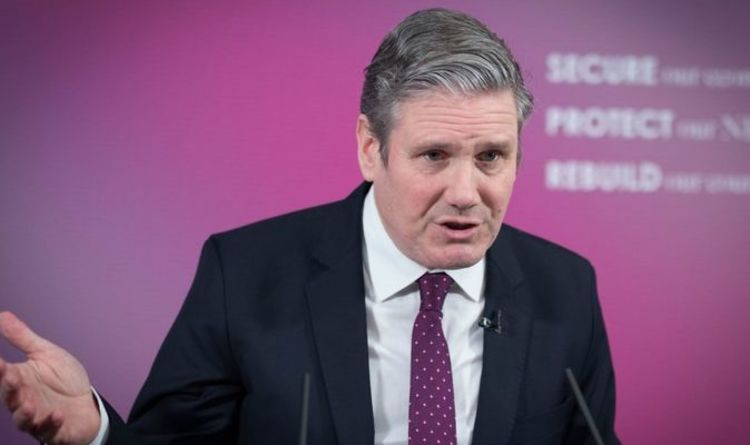 In a break from party unity, one senior backbench MP has admitted the Labour leader wants to “move on” from Brexit. The leader has instructed a virtual radio silence over the issue amid fears it may damage him going forward. After losing Labour strongholds in the 2019 election, it is thought Sir Keir is attempting to win back crucial Red Wall seats which voted for Brexit in 2016.

One senior backbench MP told The Guardian: “The order that is coming out is: ‘Don’t mention the war.’

“We are being told that Keir wants to move on and that if we mention the B-word let alone suggest we a need better deal with the EU than Boris Johnson’s we are being unhelpful.”

After instructing his party to vote for the Prime Minister’s Brexit deal, a frontbench Labour MP claimed the party had “wrongly” voted for the Trade and Cooperation Agreement.

They added that attempting to brush the issue under the carpet because “we wrongly voted for Johnson’s deal in December is pretty close to negligence”.

However, despite trying to evade Brexit, pressure is building on the Labour leader to set out a clear long-term plan on how the UK may benefit from its newfound freedom.

Although Sir Keir gave a speech where he outlined the UK’s post-Covid recovery, some MPs are calling for the Labour leader to state how he may improve trade with the EU.

Amid teething problems suffered in Northern Ireland, Neil Coyle, the MP for Bermondsey and Old Southwark, claimed Labour should become the party of business.

Not only has the former Brexit Secretary come under pressure to set out his long-term vision for the country but Remainers on the left, have issued their calls to rejoin the EU.

“Slashing our trade and raising prices at this moment is disastrous.

“The crisis Britain faces isn’t in its capacity to borrow – which has never been cheaper – but rather mass unemployment and an economic slump.

“Brexit is a major cause of both. Labour won’t be credible until it promises to fundamentally renegotiate Johnson’s damaging trade reduction treaty.”

She added: “It beggars belief that in his much-trailed ‘reset’ speech on business and the economy, the leader of the opposition – himself once the most pro-European member of the shadow cabinet – couldn’t even bring himself to mention the B-word once.

“Such radical amnesia may be deemed politically convenient by Starmer, but it represents a shocking abdication of responsibility from the official opposition.”

In his speech, Sir Keir proposed a British Recovery Bond scheme ahead of the March 3 Budget.

The Labour leader also proposed a loan scheme for small firms in the South East in order to kickstart UK plc.

The Conservative party, however, accused the Labour leader of using policies similar to what they have planned.

They said any recovery bond scheme was proposed by the Northern Research Group of Tory MPs.

BEN SPENCER asks why won’t they tell us the truth about...