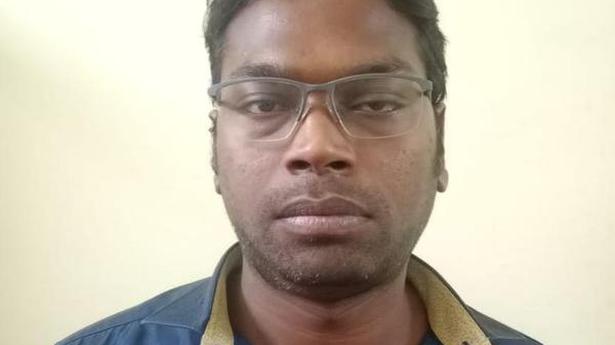 The doctor found a police patrol vehicle parked on the roadside and drove it away, after his vehicle had been seized by the police for drunken driving

A doctor who was drunk, and who fought with police personnel demanding the release of his vehicle and later drove away with a police patrol vehicle, was arrested by the Kilpauk police. He was lodged at the Chengalpattu jail after being remanded by a court, said police.

Police said the accused is S. Muthu Ganesh, a native of Arakkonam, Ranipet district. He holds a postgraduate degree in dermatology and practices at a private medical college hospital. At 1.30 a.m. on Sunday, he was caught by police personnel on Harrington Road for drunken driving and his vehicle was seized. He was imposed with a penalty as well. He demanded the police release his vehicle, but they refused. The police took his vehicle to the Chetpet police station.

When the police personnel were preoccupied with their work and looked away, the doctor managed to reach a patrol vehicle parked on the road side and took the key placed on the dashboard. He started the vehicle on the sly and drove it away.

Sundar, a Grade I constable, took a lift from a motorist and chased him. Near the Gengu Reddy subway, they overtook the vehicle and caught the doctor. He was then handed over to the Kilpauk police who arrested him and remanded him in judicial custody.