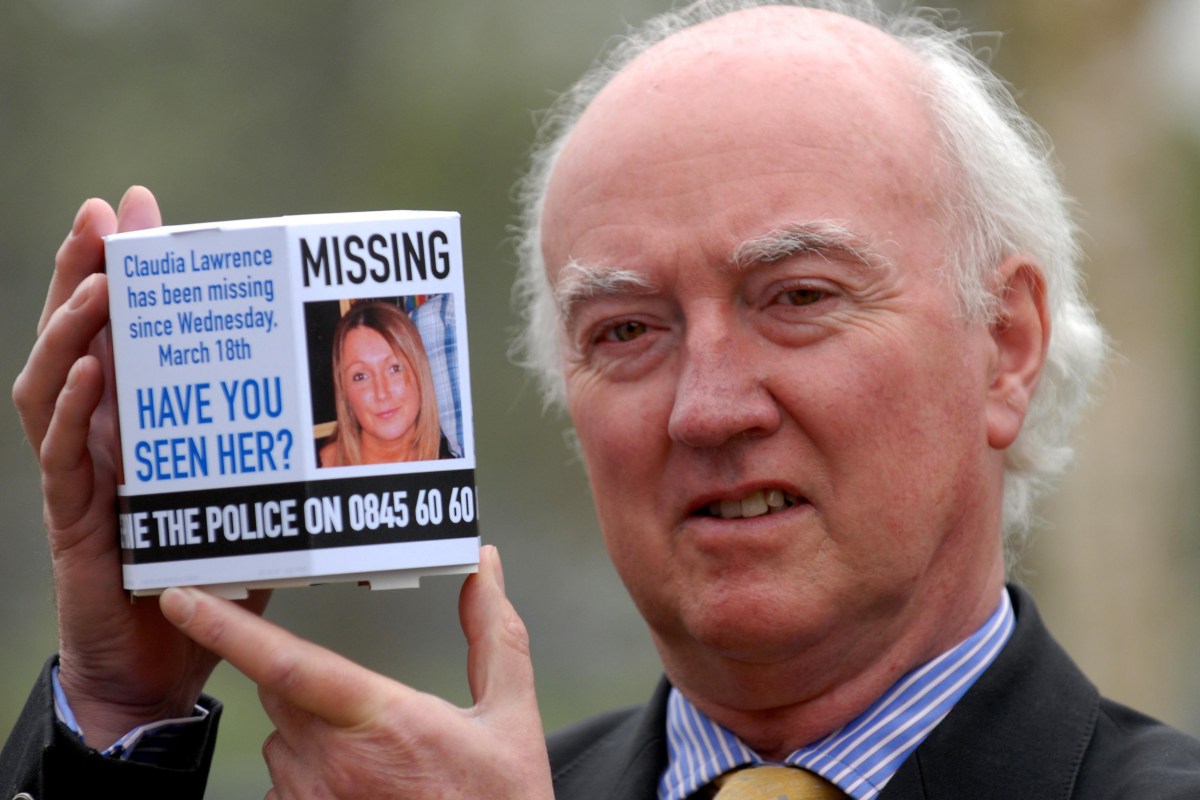 THE FATHER of missing chef Claudia Lawrence, who disappeared nearly 12 years ago, has died without finding out what happened to his daughter

A statement from the family’s spokesperson Martin Dales said they were saddened that Peter never found out what happened to his daughter despite his “tireless efforts”.

Mr Lawrence spearheaded a nationwide search for his daughter Claudia which cost police around £1 million over the last decade.

The chef went missing in March 2009 and, despite extensive police investigations and reviews, her body has never been found.

A statement read: “It is sad that nearly 12 years after Claudia’s disappearance from York Peter never found out what has happened to her.

“He was a very private person thrust into the full glare of the media and despite a tireless campaign to find her, he also selflessly devoted himself to helping others with missing relatives through the charity Missing People.

“Despite Peter’s death, the message remains the same – where is Claudia?”

Speaking last year, Mr Lawrence revealed how the pain of not knowing what has happened to her “eats into” him.

Devastated dad Peter said: “I think about Claudia every day. It never goes away.

“I never thought this would get to 11 years, I’d have never believed we would be here, but unfortunately we are.

“Claudia would be 46 now. She would be a very different woman to the single gadabout she was as a 35-year-old.

“My own thoughts always come back to that she was probably abducted on her way to work.”

Mr Lawrence also utilised his legal background to persuade Parliament to bring in changes to the Presumption of Death Act.

WHAT IS CLAUDIA’S LAW?

The change in the law means families of missing loved ones will be able to take control of their financial affairs in their absence.

Campaigners say this is a huge step forward in recognising the responsibilities placed on relatives when someone disappears and the current legal difficulties in obtaining permission to act on their behalf.

Previously, families could only take over the financial affairs of a missing person if they were declared dead under the Presumption of Death Act 2013.

And then aided the creation of the new Guardianship (Missing Persons) Act, known as Claudia’s Law, to assist people in dealing with the financial and business affairs of a missing person and for this work he received the OBE in 2018.

Claudia Lawrence was last seen near her home in Melrosegate, Heworth, York, on the evening of March 18, 2009.

The 35-year-old, who worked as a chef at the University of York, had spoken to her mum on the phone that night, giving no hint anything was wrong.

But the young woman was never heard from again — leaving officers desperately probing into her past, her relationships and her work life in an effort to find her.

Boy, 15 & 3 others arrested on suspicion of murder after man dies in attack

Leiland, 1, was kept alive by medics long enough for family to say goodbye

At one point, detectives believed she had been with 12 lovers over five years, with some of them married.

Four men faced murder charges relating to Claudia’s disappearance in 2016 – but the case was dropped as North Yorkshire Police placed blame on an uncooperative witness.

Anyone with information should contact North Yorkshire Police on 101.