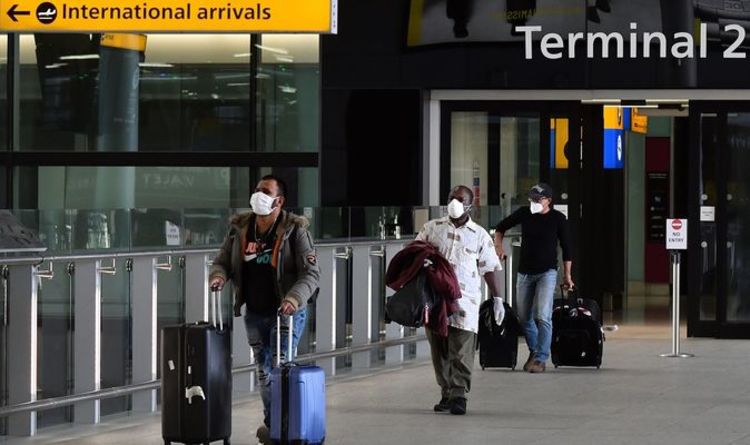 The so-called ‘passports’ have been suggested as a way of permitting travel for people who have been vaccinated against Covid-19. Some politicians, including former UK Prime Minister Tony Blair and Greece’s Prime Minister Kyriakos Mitsotakis, have backed the idea.

However, last weekend the UK’s vaccine minister and Conservative MP Nadhim Zahawi ruled out the ‘passports’.

Speaking on the BBC’s Andrew Marr show, he said the vaccine passports would be “discriminatory,” adding: “That’s not how we do things. We do them by consent.”

Mr Zahawi said people should go to their GP if they want evidence of their Covid-19 immunity for travel purposes.

However, The Telegraph has claimed two separate ventures have been launched to develop a UK vaccine passport anyway.

Details of the ventures, which are reportedly taxpayer-funded, were shared with the newspaper yesterday.

It claims one firm, Logifect, has been given £62,000 to help develop a mobile phone app which could be used to prove one’s immunity.

He said, according to the BBC: “We still don’t have a plan for a comprehensive quarantine system, so let’s proceed a step at a time, and of course, look at the vaccine passport – but let’s get the quarantine right and let’s get the rollout right too.”

The UK is not alone in considering a vaccine passport system. Last year, the World Health Organisation said it was looking into some sort of internationally-recognised digital vaccine certificate.

Dr Siddhartha Datta, Europe’s WHO programme manager for vaccine-preventable diseases, told reporters in December: “We are looking very closely into the use of technology in this COVID-19 response, one of them how we can work with member states toward an e-vaccination certificate,” Reuters reported.