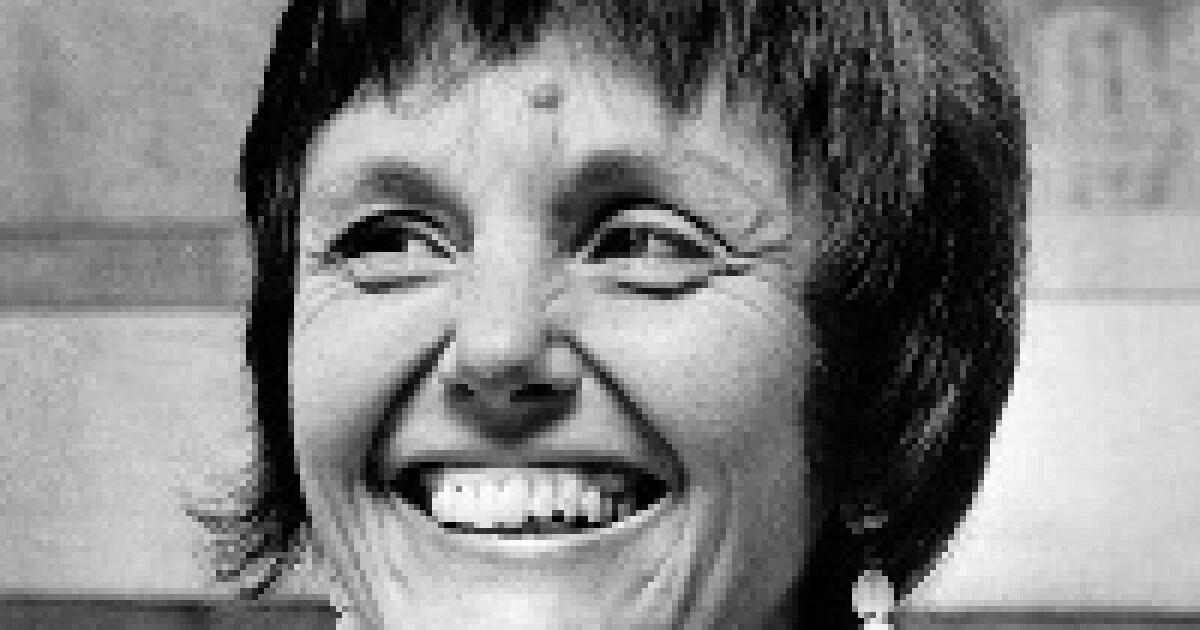 Russell died in her home after suffering from cancer, her son David wrote on Facebook. “I adored her as Mom, but also as one of the most extraordinary persons I have ever known,” he wrote.

Russell represented the 6th District for 18 years, until 1987. It was one of the city’s most diverse, with voters spread roughly equally among the largely white and affluent Westchester and Playa del Rey, the middle-class bedroom community of Mar Vista and counterculture hub of Venice, and the majority-Black Crenshaw.

Her slice of Los Angeles was a microcosm of the issues facing modern American cities — racism, noise, development, traffic congestion and tensions over how to use a dwindling supply of land — yet she balanced her constituents’ interests with skill, observers said.

She is remembered as a rarity: a politician who was more or less apolitical, disdaining self-promotion in favor of behind-the-scenes consensus building.

“She never worried about her own accolades,” said former aide David Grannis. “She wanted to get things done, and she helped other people help her do that.”

In a 1983 Times profile, several former press secretaries bemoaned Russell’s refusal to “play the publicity game.” But her colleagues found the quality refreshing.

“She cut through the B.S. with relative ease, like a knife through butter,” said former Councilman Zev Yaroslavsky, who served with Russell for 11 years.

Patricia Ann Ostroot was born in Portland, Ore., in 1923. She went to public schools and attended the University of Washington, where she was a Phi Beta Kappa and student body president.

It was in college that she met returning U.S. Army serviceman William T. Russell, with whom she shared a love of the outdoors. They married in 1946 and had three children: Steven, David and Mercedes.

The family moved to Westchester, where William worked for TRW as an aerospace engineer, in 1953.

In 1969, Russell began looking for a candidate to groom for the seat of retiring Council President L.E. Timberlake. Finding none, she ran herself on a platform that included opposing expansion of Los Angeles International Airport land. She won an uphill battle to defeat Timberlake’s hand-picked successor, Ed Small.

For the first six years of her tenure, Russell was the only woman on the 15-member body. She would often downplay the historic nature of her service and the sexism she faced.

“Maybe the women’s libbers don’t like me for it too much, but I absorb whatever chauvinism and paternalism there may be as long as I can keep the accent on issues and performance,” she told The Times in 1971 for a profile that named her a Times Woman of the Year.

Still, The Times’ coverage of her, itself, often veered into stereotypes, with articles repeatedly commenting on her appearance and assessing her attractiveness. (The same Woman of the Year profile described her as “pretty enough to have been an actress, real enough not to correct a crooked front tooth.”)

As councilwoman, Russell quickly won colleagues’ respect for her progressivism and candor. They elected her president in 1983.

“She was a trailblazer for people that believed in economic and social justice,” said former Councilman Richard Alatorre.

Russell numbered among her achievements the sponsorship of city noise regulations for Los Angeles International Airport, which became the standard for federal law; support of zoning reforms that made it easier to establish more childcare centers and advocacy of the Metro rail subway project. In 1984, she was author of a measure requiring developers in much of her district to help pay for transportation improvements before their projects could be built. It was billed as the city’s boldest effort to make private enterprise pay for public improvements and became a model for other areas.

Russell is also credited with changing the Los Angeles Police Department’s policy for investigating officer-involved shootings, transferring the responsibility from the department to the district attorney.

“On constitutional policing issues and civil liberties questions, she was a rock,” Yaroslavsky said. “And she was a rock because she believed in it, not because it was politically remunerative to her.”

An avowed regionalist, Russell served as president of the Southern California Assn. of Governments and chairwoman of the Los Angeles County Transportation Commission, a predecessor to the Metropolitan Transportation Authority.

She was happiest when she was mentoring young women, relishing the time she spent with high school students through a program that invited them to spend a day with their elected representatives, Grannis said.

A staunch ally of then-Mayor Tom Bradley, Russell contended with an increasingly militant anti-development movement and in 1987 was forced into a runoff against Ruth Galanter, an urban planner backed by environmental groups.

The ensuing race was framed as a referendum on Bradley and his embrace of economic development, as well as on the future of Los Angeles’ growth more broadly. Russell lost.

By all accounts, she relished life after politics. She organized the Regional Institute of Southern California, a public-private partnership that explored local problems, and worked about half of the time as its head, she told The Times in 1991.

That gave her time to pursue her real loves: hiking, mountain climbing and skiing. Russell remained active throughout her 90s, volunteer ushering at the Los Angeles Philharmonic, attending Holy Nativity Church in Westchester and “delighting in the beauty of life and the vigor of her beloved Los Angeles,” according to her son.

More Than Half of States Widen Access to Vaccine, Raising Hopes...