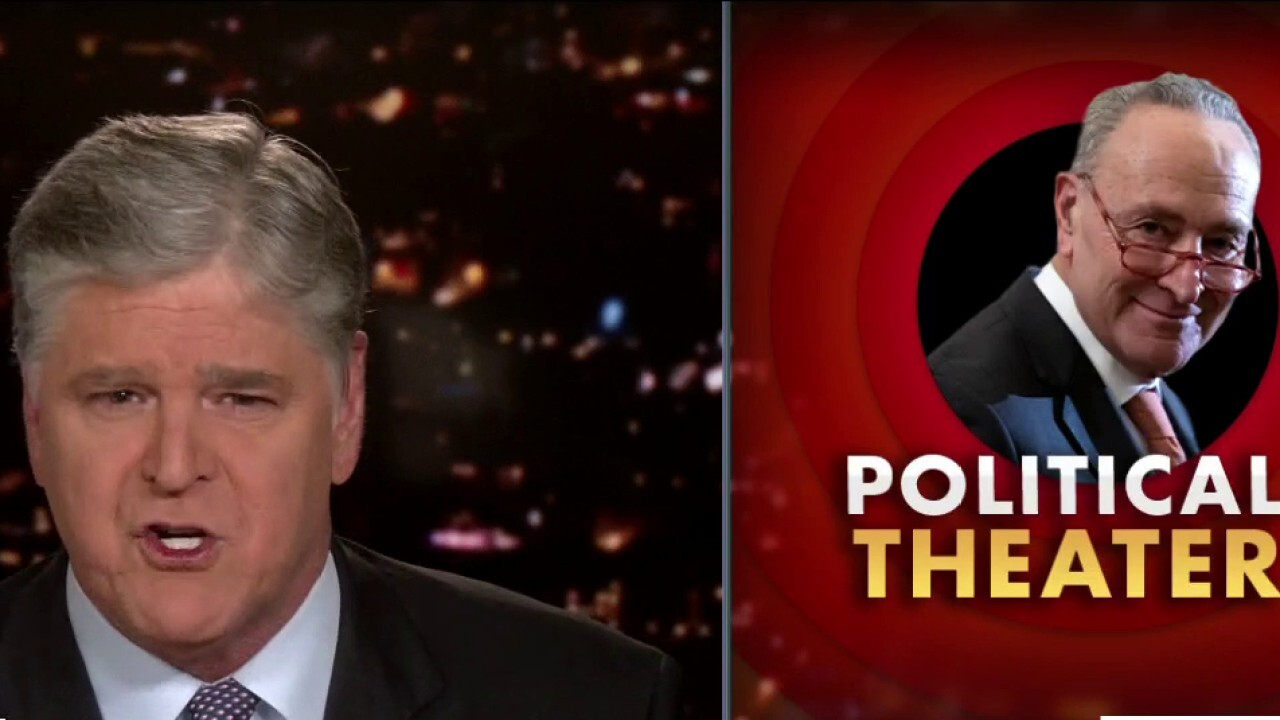 Democrats and the mainstream media have developed an addiction to their “rage-filled fantasy land” when it comes to former President Donald Trump, Sean Hannity told viewers on the eve of Trump’s second impeachment trial in the Senate.

The “Hannity” host asserted Monday that “former President Trump will be acquitted” in what he dismissed as an unconstitutional trial and troubling display of “swamp ugliness.”

“This is nothing more than political theater. The lines will be scripted, they will be delivered with great passion. It will be like a Broadway play that you don’t have to pay for, nor do you have to watch. We already know how it ends,” he said.

The host explained that the Senate has no jurisdiction over a private citizen, nor can they “remove a person from office that he no longer holds.

DEMOCRATS WILL REALIZE TRUMP IMPEACHMENT IS A POLITICAL ‘LOSER’ AND WILL END TRIAL QUICKLY: WHITAKER

“But,” he went on, “it doesn’t matter to the Democrats. The media mob is living in their rage-filled fantasy land. It’s like a drug. They can’t give it up.”

Hannity urged Senate Majority Leader Chuck Schumer to extend the trial for “weeks and months” to allow the American people the chance to ” fully absorb how shallow you and members of your party are.

“Let’s learn about the glaring double standard and the … hypocrisy that is all of Washington and all of its swamp ugliness,” Hannity said. “This is not, never has been, a serious proceeding. It’s a phony political show trial,” he said.

“Are we the only ones that see what a complete farce, what a travesty of justice this is?” he added. “What a total colossal waste of taxpayer money and time.”