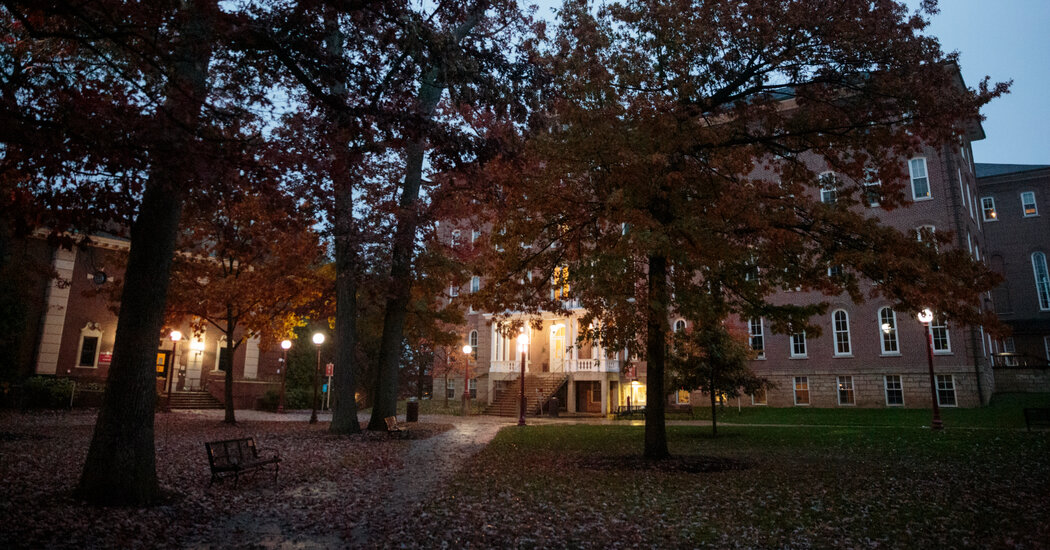 When Covid-19 arrived, the state system initially projected that it would take at least a $52 million hit, chiefly from lost tuition and refunds to students, though $39 million from the federal CARES Act would soften the blow. (Later projections would show an even greater financial hit).

The eventual cuts included one particularly contentious item: the number of teachers.

The faculty union, which is run by Dr. Martin, was scrambling to understand the situation, to little avail. “I’d go to meetings and I felt like they’d put a blindfold on me, spin me around and say ‘Pin the tail on the donkey,’ and then move the donkey,” Dr. Martin said. “We keep asking: What is the endgame?”

The budget numbers tell a complex story. By some measures, the system is not particularly unhealthy.

For 2019, the last fiscal year available, the entire system lost just $1 million, out of $1.6 billion in expenses. Depending on the accounting method used, I.U.P. itself might have made money, according to a union official.

The union official called the dire budget “a made-up financial crisis.” But the system administration said there was a bigger issue: troubling trend lines for the school. It projected a loss of $48 million for the current fiscal year.

“The data show for some time declining enrollment, lagging state investment, tuition raises and reliance on cash reserves to balance budgets,” David Pidgeon, a spokesman for the system, wrote in an email. “And we’re looking at more than just one year.”

LAPD officer dies after being struck by vehicle on duty

Without Trump, or Masks, Mar-a-Lago Partied On

Archaeologists baffled by ‘Scotland’s Stonehenge’ site: ‘We don’t know why it...