Accused named Govinda, driver of Kubula minister with the intention of rescue

Indore, AboutGyan Representative. The police cleanup has come to light after the name of Govind Rajput, the driver of Minister Tulsiram Silavat’s wife, in the RemadeSvir Kalabajari case. Eastern Region SP Ashutosh Bagri claimed that the accused Puneet Agarwal wanted to avoid Govind by calling him the kingpin. The SP claims that Punit used to drive Congress MLA Sanjay Shukla before driving the car of District Health Officer Purnima Gadariya.

The 30-year-old Puneet son Om Prakash Aggarwal was apprehended by the Vijayanagara police station on Monday night with two Remedesivir injections. During the court appearance on Tuesday afternoon, he called Govind Rajput Kubula and said that Govind drives the wife of minister Tulsiram Silavat’s wife. He has sold her injections at the rate of 14 thousand rupees per injection. Puneet also told that Govind used to take the patients’ paper on WhatsApp and provide him with injections. He also said in gestures that he drives the minister’s wife’s car and has injected several injections from the minister’s place. The police took Govind into custody on Wednesday night and immediately gave Govind a clean chit. According to the SP, Govinda underwent an anti-rapid test when he saw symptoms of corona. When positive report came, he contacted Puneet and bought two injections for seven thousand rupees. Both were known to be associated with the same travels (Imapt). Two days later, the RTPCR test was conducted and the report came back negative. Govind returned the same injections to Puneet. According to SP, Punit used to get injections from a young man named Bunty. He told in interrogation that he lied half truth and half lie in front of the media. Wanted to avoid Govind’s name. According to SP, Puneet also remains separate from the family. Due to debt and indulging in unethical activities, the family has expelled him from the house. Clear information has also been published in newspapers. Previously worked at Teleperformance Company. He then drove to Congress MLA Sanjay Shukla. But his son quit the job after a dispute and joined Impatt Travels. The company sent it to Gadaria six months ago. Ministers and Gadaria have no role in black marketing.

Congress leaders accuse, more than 30 thousand deaths due to corona in Indore, records of cremation handed over to Chief Minister

Murdering my driver, does not mean that I murdered – Silvassa

Congress has also begun to surround the minister after the name of the driver of the wife of minister Tulsi Silavat was revealed in the black marketing of Remadesiver. In this case, Minister Tulsi Silavat hit back at the Congress and said that the Congress has become a bundle of lies. They had no issues left. I have a contracted agency driver working. If my driver has committed murder, it does not mean that I killed him. Congressmen should not make accusations without beheading. On the tweet by former Chief Minister Digvijay Singh, Silavat said why he is silent in the case of former minister Umang Singar.

Many farmers who brought fruits and vegetables, came to the market and found out 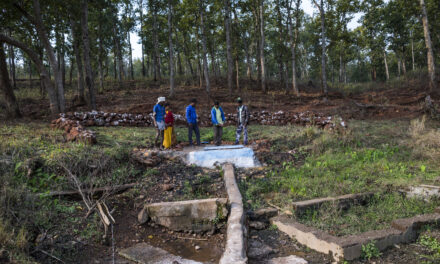