Bhopal is divided into red orange yellow and green zone. Thankfully not a single ward is in the red zone.

Bhopal (Navdunia Representative). Lockdown has been going on since April 12 in Bhopal district due to Corona infection. This lockdown is going to end on June 1. Hence ward-wise infection report has been prepared for prevention of infection. In this report, such wards have also been shortlisted, which has the most infected patients. To show this, the district administration has also got color coding done. The city is divided according to color coding in the four color red, orange, yellow and green four zones. According to the report, 10 to 20 patients are currently active infected in four wards. It is placed in the Orange Zone. At the same time, there are less than 10 patients in 15 wards. They are placed in the Yellow Zone. Thankfully, there is not a single ward out of 85 wards in Bhopal where more than 20 patients are currently active infected. Hence there is not a single red zone.

At the same time, four wards are placed in orange zone and 15 wards in yellow zone. The remaining 66 wards are in the Green Zone. Wardwise will be monitored in this way according to color coding by 31st of May. The wards falling in the Red Zone will be placed in the High Sensitive Zone. At the same time, a report will be taken every four hours. In this way monitoring will prevent infection here. Please tell that the lockdown will not be opened in whichever ward comes under the radius of May 31. It has been arranged on the basis of color coding – more than 20 new cases will be in the ward where the red zone – 10 to 20 patients will be found. But Orange Zone – Ward receiving 10 to 5 patients will not open in Yellow Zone- One or four patients get ward in Green Zone. Lockdown, shops related to urgent service will open in Orange and Yellow, if any ward comes in Red Zone till 31st. So there will be total lockdown in that ward.

MP Board 10th Exam Result 2021: Madhya Pradesh Tenth Board Examination result will be ready, schools have to give OMR sheets like this

Donald Trump received these injections when Corona became infected, one thousand doses given to Madhya Pradesh

Bhopal district has been under lockdown since March 22 due to Corona infection. This lockdown is going to end on 17 May. As the Bhopal district is in the red zone, the lockdown will increase in the area, but in the urban areas which are included in the green and pink zones, the district administration is preparing to give some relief. Collector Bhopal Tarun Pithode has sent a proposal to the government regarding this. In this, he has said to give relief to the urban people by dividing the urban area into six sectors Kolar, Hoshangabad Road, Ratibad, Govindpura Industrial Area, BHEL Region, Bairagarh. Actually this proposal was given by Huzur MLA Rameshwar Sharma. The collector has prepared the final proposal after making some amendments in it. If this proposal is approved, then shops will be opened in six sectors for one or two days. These include other shops including textiles. Shops or hotels that are overcrowded will not be allowed to open until May 30.

Blood test labs to be set up in universities in Madhya Pradesh: Governor Anandiben Patel

It will also be exempted

Bhopal News: Hands up to help families orphaned from Corona

Infrastructure construction activity will also be allowed in 6 sectors. The Public Works Department, Municipal Corporation, Rajdhani Project Administration and other builders will be able to do the construction work.

– The shop and other commercial shops, which are likely to be more crowded, will be closed till May 30.

– Institutions that supply home delivery, parcels will be allowed to open.

– Employees working in 6 sectors – Shramit will be living inside that sector. No employee officer outside that sector will be able to enter the area.

Workers or workers will keep a voter card with them, so that their sector can be identified and the corona virus infection can be avoided.

The lockdown conditions are relaxed outside the municipal limits, they will continue.

These arrangements are being made to prevent corona infection. We are doing ward wise monitoring through color coding. This system has been started since yesterday. The ward which will come in the Red Zone will be monitored intensively. At the same time, we will try our best to bring it into the green zone. Unlock preparations are being made from June 1. Avinash Lavania, Collector, Bhopal 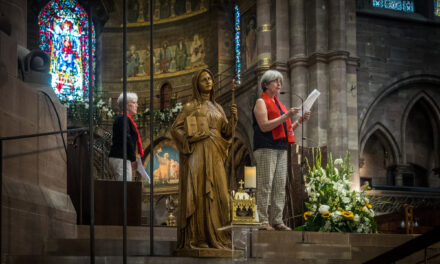 Jyotiraditya Scindia's visit canceled after call from Delhi, may be included in Union Cabinet

SBI gave 35 lakhs to the institution for the hospital