Damoh Assembly Byelection Result: Damoh (New World Representative). In the Damoh assembly by-election, BJP candidate Rahul Singh Lodhi on Sunday blamed former finance minister Jayant Malaiya and his family for his defeat. He said that the BJP lost from Malaiya’s ward. In response to this, Jayant Malaiya said on Monday that defeat should be accepted. He too lost to Rahul Singh in 2018 by 790 votes. But for this he did not hold that c. Talking to reporters, he said that there are defeats and wins in elections. It should be accepted if it is defeated and it should not be ridiculed if it is won.

Jayant Malaiya said that there was a crowd of people against Rahul Singh, so he lost. There are more wards in the city where MP Prahlada Patel resides, BJP is the District President, former Municipality is the President and there is also the Mandal President. Rahul Lodhi has lost from everywhere. Then why are they blaming Jayant Malaiya and his family for the defeat. Even in rural areas, Rahul did not get the mandate. The voter was not angry with the BJP, but was opposed to the BJP candidate.

He said that Rahul Singh lost not by 500 or 700 votes but by 17 thousand votes. This is a huge defeat and only voters can do it, not a leader. Malaiya said that whatever answer he has to give, he will give it to the party high command. On Rahul Singh’s demand for his expulsion, Malaiya said that he should do his work. We will answer at our level.

Damoh MP and Union Minister of State for State Prahlad Patel wrote in another tweet that the Damoh election result gave clear indications of future challenges, conspiracies and improvement in functioning. We all the workers will find the solution to them with the basic strength of our hard work and without malicious practices.

BJP’s stronghold since 90: Damoh assembly constituency has been a BJP stronghold. Here in 1990 Jayant Malaiya became an MLA on BJP ticket and was elected continuously till 2018. Congress won from here in 2018. 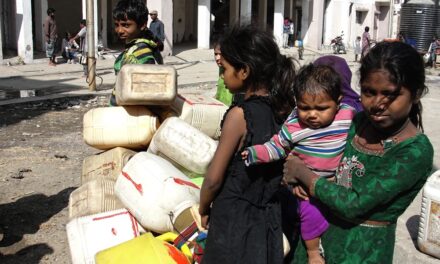