MP Rakesh Singh to see the survivors of the New Life Medicity Specialty Hospital fire And the public representatives reached Metro Hospital. He met the victims and inquired about their well being. A patient told that his daughter died in the accident, he survived. Expressing condolence, MP Rakesh Singh said that those who are guilty in this case should be given harsh punishment. No one will be spared. Earlier, MPs and MLAs reached the spot, inspected the situation.

It is worth noting that eight people were injured in a fire accident in New Life Multi Specialty Hospital, Chandalbhata Damohnaka, Jabalpur on Monday. died and 5 people were injured, after getting information about which MP Singh contacted the higher officials over phone and discussed about getting better treatment for the injured and compensation to the relatives of the dead, since MP Singh was in the monsoon session of Parliament. The participants were in Delhi and when they got information about the incident, on Tuesday morning after reaching Jabalpur from Delhi, they reached the spot directly from Dumna airport, where they took information about the incident from the officials. Along with him, public representatives and senior party officials also went to the spot, from there all the injured patients admitted in Metro Hospital came to see.

# Fire in Hospital in Jabalpur pic.twitter.com/hwTUH0AnYm

Singh said on this occasion it is unfortunate incident in which so many People have lost their lives and people have also been injured and after this incident, Chief Minister Shivraj Singh has also ordered that action will be taken against whoever is found guilty after the report of the inquiry committee.

Rakesh Singh said that during the Corona period when a large number of hospitals were opening, it was the need of the hour and every person wanted that he could get treatment at that time, but at that time the open hospitals have not yet followed the necessary guidelines. Necessary action will be taken against all those hospitals who do such negligence and now the time has come for inspection and testing of all such hospitals so that such a horrific accident can never happen.

He said that we cannot bring back the people who have died in this accident, but the injured can get better treatment and it is our endeavor to be completely healthy and those whose We all have sympathy for his family members. 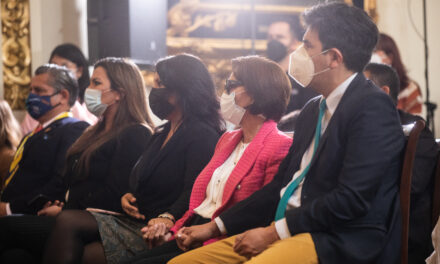