Gwalior Weather News: Gwalior NewDuniya Representative. Due to the cyclonic circles that are forming in Rajasthan, this time the heat is not being felt. Mercury is running normal during the hot summer days. The same situation remained the same on Friday. The maximum temperature reached 39.2 degrees Celsius, but the clouds stopped the mercury. It was 2.1 days less than normal. This relieved the heat. According to the Meteorological Department, the skies will be clear on May 15, but from May 16, the period of dark rain will start again.

A cyclone is formed in Rajasthancome is. This circle is getting moisture from Rajasthan. Due to this the weather of the city has been disturbed. The city is unable to heat up due to half and rain. The cyclone is beginning to weaken. Due to this, light clouds were covered on Friday. At the same time there was strong wind. There was relief from the heat.

Tau Te cyclonic storm has developed in the Arabian Sea. It is heading north. As of May 18, Gujarat will hit the coast. Will move towards Punjab and Pakistan. Due to the effect of this storm, the weather of Madhya Pradesh will also change. Good rains will be expected in Indore and Ujjain divisions, but moderate to light rain will be expected in Gwalior Chambal division. Half a round will last for two days. Since May 16 due to the impact of this storm

Half and rain will begin.

– Tau Te storm will start the pre-monsoon movement. The monsoon is the strongest storm in the East. Nine tapa will start from May 25, but there is a possibility of western disturbances in nine tapa, due to which nine tapa can also get cold. 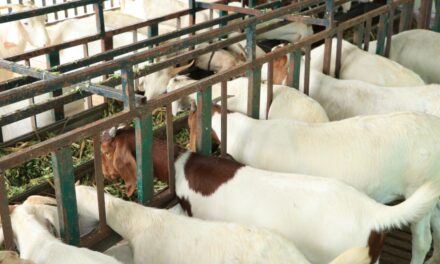