Lunar Eclipse 2021: On May 26, Bloodmoon will become a flower supermoon, know interesting facts about lunar eclipse

Lunar Eclipse 2021: Hoshangabad. Buddha Purnima will see the flickering rays of Charu Chandra changing in different colors in different countries. Due to the occurrence of a full moon eclipse on this day, the moon will appear as a tambia saucer in Australia for 43 minutes to 14 minutes in the Indian time, then in the evening of the moon in Kolkata in the evening, the moon will light up due to the partial lunar eclipse.

Giving the information, science broadcaster Sarika Gharu said that due to the eclipse in Madhya Pradesh from 7.19 am, it will feel a slight drop in brightness, but after that the moonlight will be scattered in the form of a supermoon overnight. On this day, the Moon will look 30 percent brighter than when it is near the Earth.

..Then it is called lunar eclipse

Chandra Grahan 2021: lunar eclipse will bring happiness in the lives of these 4 zodiac people

Scientist Sarika Gharu, who received the National Award from the Central Government, stating the scientific facts about the eclipse, says that when the Earth comes between the sun and the moon shining the moon and it becomes dark on the moon, it is called a lunar eclipse . The full lunar eclipse is going to happen on Wednesday 26 May. On May 26, Bloodmoon will become a Flower Supermoon.

Sarika said that this year there will be two lunar eclipses and two solar eclipses, of which this is the first lunar eclipse. On this day, the moon will be in the form of a supermoon, so it is a supermoon eclipse. A complete eclipse will not be seen in India due to the occurrence of an eclipse during the day, but the event of the eclipse ending will occur in the Madhyapradesga in the form of an eclipse eclipse penumbral eclipse. The eclipse eclipse cannot be felt with empty eyes.

Chaitra Navratri 2021: Worship of Hinglaj Mata in Garbhufa due to corona infection, devotees visiting from outside

Such scientific facts about the eclipse

Somvati Amavasya 2021: Devotees on Somavati Amavasya will not be able to take advantage of bathing in Narmada River in Hoshangabad

Eclipse of the year 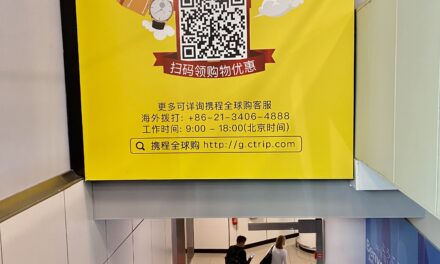 Anganwadi pulses, rice and porridge are fed to cattle in Sidana Dairy of Jabalpur, 11 quintals of material seized

Jabalpur Weather Updates: Riding on a storm that ran at a speed of 50 km, the mercury dropped by two degrees.

Ambulance in Indore: Ambulance of donation for four years near forest department in Indore

Public Keeper – Police killed the act of the Maidan Committee