Mandsaur (AboutGyan representative). The government’s decision to launch auctions in agricultural produce markets from May 18 was taken by the government amid heavy impact of the Corona epidemic. When the order was passed by the Mandi Committee to the traders, the traders expressed their inability to participate in the auction, seeing the increasing impact of the corona infection. After this, auction work will not start from May 18 in Mandsaur Mandi. Traders, in a letter to the market secretary, demanded that the auction work be closed from 18 to 22 May. It has been accepted. It is followed by Saturday on 23 and Sunday on 24 May. In such a situation, the Mandsaur Agricultural Produce Market will not open before 25 May.

The impact of the Corona epidemic is not yet over. A large number of patients are coming to the district every day. The decision to start the market at such a time, the traders have expressed their inability to watch everyone’s rescue from Corona. The Corona curfew has been in force since April 16 to prevent corona. The market has also been closed since then. Preparations are now being made to start auction work in Mandi. On May 12, instructions were given by Additional Chief Secretary Agriculture, Managing Director, MP State Agricultural Marketing Board to start auction work in the mandis. Following these instructions from Bhopal, the market secretary informed the Dashpur mandi merchant to start auction in Mandsaur Agricultural Produce Market also. After receiving the order to start the market from 18, discussions were held among the members of Dashpur Mandi Merchant Association in which the traders expressed their inability to start the auction.

In this regard, the traders association wrote a letter to the market secretary, saying that after the discussion between all the members of the trade union, it has been decided that in view of the increasing impact of the corona epidemic, to break the chain of corona infection and coming to the market Keeping the health of all people in mind, auction work should be closed in the mandi. Hence traders are unable to participate in the auction from 18 to 22 May. The auction process has also been postponed in Mandi, starting 18, after this letter from the traders association. Market Secretary said that the auction work in Mandi will be postponed till further orders. Traders have expressed their inability to participate in the auction till 22 May, followed by Saturday-Sunday 23-24. Now the auction work in Mandi will not start before 25. By then, everyone hopes that the corona epidemic will wreak havoc. There were orders to auction the produce in the vehicles in the mandi itself.

It is important to protect against corona now

Corona’s influence is still very strong in the district. In such a situation, prevention from corona is necessary. During the auction start in Mandi, it has been observed that physical distance is not adhered to. In such a situation, with the opening of the market, the Mandi committee will have to fix the arrangements for protection from the corona. There are farmers, traders, hammal, tulavati and other employees in the market, which makes the number more.

Coronavirus Mandsaur News: Mandsaur gets Rs. 47.93 lakhs from the voice raised from America, will buy 52 contractors for rural areas

In the Google Meet held on May 12, Additional Chief Secretary Agriculture, Managing Director, MP State Agricultural Marketing Board Bhopal gave instructions to start auction work in the mandis from May 18. But traders have expressed their inability to participate in the auction work due to the growing infection of the Corona epidemic. Due to this, auction will not start in Mandi from May 18. The auction work in Mandi will be postponed till the next order. – Parvat Singh Sisodia, Secretary, Agricultural Produce Market, Mandsaur 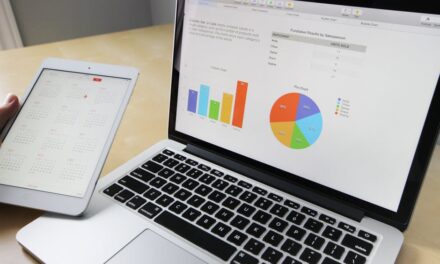 Sero Survey Indore: For the first time in the country, children younger than six years are participating in Sero Survey in Indore.