Mohini Ekadashi 2021: Rajesh Verma, Ujjain. Dharmadhani is world famous as Ujjayini Jyotirlinga Mahakal, Shaktipeeth Harsiddhi and Simhastha Bhumi. Few people know that the sprinkling of nectar which spills Simhastha Mahaparva in Ujjain, that nectar was divided on the seashore of Ratnakar Sagar in Ujjain. On Mohini Ekadashi, Lord Vishnu took the form of Mohini and misguided the demons and distributed the nectar to the deities. It is found in the Avanti section of Skanda Purana. Dr. Piyush Tripathi, Director of Mahakaleshwar Vedic Research Institute has also mentioned this in his research papers.

According to Dr. Tripathi, the gods and demons together churned the ocean. Mahalakshmi first appeared in this churning on the southern coast of Gujarat, who voluntarily worshiped Lord Vishnu. This incident caused dissatisfaction among the gods and demons. Maharishi Narada intervened and disputed the dispute. After this, the order of churning the sea started again and gems started coming out of the sea. According to theology, a total of 14 gems were obtained from the churning of the sea. Amrit and hallah (poison) were also released. When the differences between the gods and the demons began to emerge due to their division, Lord Vishnu took the form of Mohini on the prayer of Maharishi Naradji and made the gods drink the nectar. Later, other gems were distributed by Narada.

Naradji first offered Kaustubh Mani, Mata Lakshmi, Sarang Dhanush and Panchajanya Shankha to Lord Vishnu. Lord Vishnu got married and married Goddess Lakshmi on this land. This city is called Padmavati due to being the place of Padma i.e. Lakshmi.

Moon to Shiva, Kamdhenu to Rishis

Among the Chaturdash gems, Moon was given to Shiva, Kamadhenu to the sages, seven horse to Surya, Airavat elephant to Indra and Apsara named Parijat and Rambha, Mahapadma to Kubera and other wealth to the demons.

No relaxation in corona curfew till May 31 in Madhya Pradesh, will consider in June: CM Shivraj

Neelkantheshwar Mahadev is situated on the banks of the ocean

No gods and demons were ready to drink the poison of halahal that came out in the churning of the sea. To protect the world from this great poison, Lord Shiva took poison. This made his throat blue and he was called Neelkantheshwar. The temple of Shri Neelkantheshwar Mahadev is still situated on the banks of Ratnakar Sagar.

Sagar ranks among the Sapta Sagar

There is mention of Sapta Sagar in Dharmadhani Ujjayini. Devotees visit these seas and do charity in the coming months in three years. Ratnakar Sagar is also one of these. Presently, this sea is known as the pond of Undasa. The law of donating gems is told on the banks of this ocean in Adhimas.

Enthusiasm about getting the vaccine, inspiring others too

Mhow: Vaccines of animals being filled in old bottles 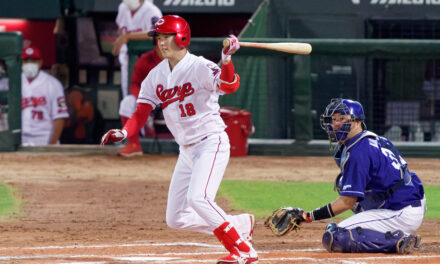