MP board 12th exam news: know when the twelfth board exam will be in Madhya Pradesh

MP Board 12th Exam News: Bhopal. Indar Singh Parmar, Minister of State for School Education (Independent Charge) and General Administration, said that in the first week of June, necessary decisions will be taken regarding the conduct of class XII examination in view of the situation of corona infection. While deciding, the health and safety of the candidates will be given top priority. Necessary preparations for the 12th examination have already been done by the School Education Department. At present, no change is proposed in the examination system. If the circumstances are favorable, examinations will be conducted according to the old pattern.

Madhya Pradesh | Over 3,000 new cases are being reported daily. We need at least 80 days to conduct exams. A suggestion was given to inoculate students before exams. We’re in favor to conduct the 12th exam. Will review the situation after June 5: School Education Minister pic.twitter.com/HZwc9AjQS6

Madhya Pradesh Secondary Education Board (Mashim) Higher Secondary Examination postponed due to corona infection can now start in the last week of June. After reviewing the situation of Corona in the state, Mashim can release the examination program on June 5. Due to much delay in the examination, the idea of ​​taking three subject exams is underway. In this, one of the two subjects of the language and two of the three subjects of the faculty can be selected. In the remaining subjects, marks may be considered on the basis of internal assessment. There will be 7.25 lakh candidates in this examination.

The situation of corona infection is improving in the state. In 15 districts, the infection rate has come down to five percent. In view of this, Mashim started preparing for the exam from 20 June. But now the decision will be taken after the review of Corona. It is being told that the examination will be for three hours only at the already proposed examination centers and complete arrangements will be made for the health and safety of the candidates at the centers.

Parmar requested the Defense Minister regarding the CBSE examination that due to the ground reality of the state, an appropriate decision should be taken regarding the examination. Along with this, a request was made to give priority in vaccination to teachers in the age group of 18 to 45 years and to prepare a necessary strategy for the vaccination of students. Stated that the exams of class XII have an impact on the state board examinations and other entrance examinations across the country. Keeping this in mind, suggestions have been sought from various state governments and union territories in writing by 25 May. Based on the input of the states, the examinations of class XII will be considered by the Central Government in the interest of all students.

Bhopal News: Corona pandemic is a war between viruses and humans

Jabalpur News: Despite the lockdown, the MLA accused of selling liquor openly at the Shahpura-Belkheda police station. 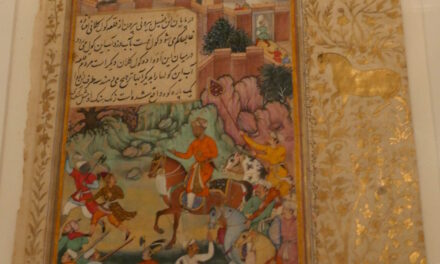