Narsinghpur News: Last farewell to the late SI Shriram Dubey in the knife attack from the guard of honor 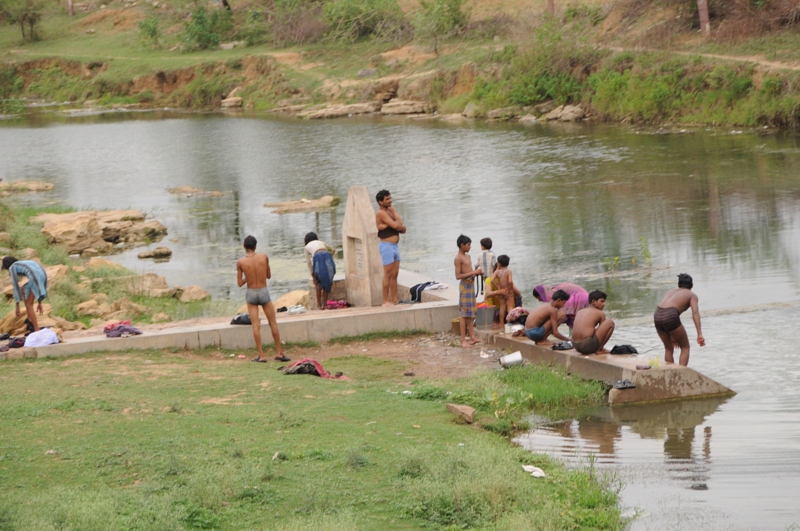 Narsinghpur, Naiduniya Rep. by an engineering student on 7th August in Bhopal’s MP Nagar Crime Branch campus The last rites of the late SI Shriram Dubey in the knife attack were performed in his home village Bagdari on Saturday. When SI Dubey died during treatment, his body was brought from Bhopal to Bagdari village at around 9.30 pm on Friday night. On Saturday, the police force gave a last farewell to Dubey with a guard of honour. Dubey’s body was lit by his son Satyam Dubey. During this, people from nearby villages including Bagdari, Beitli were also present.

had started the job from Home Guard soldier: Rameshwar Dubey, elder brother of late SI Dubey told That Dubey started the government service at the age of 728 as a Home Guard soldier. Was. After this, after being constable, head constable, again became caretaker SI. Dubey has two sons and a daughter, he lived with relatives in Bhopal for almost 35 years. Were. He took admission in the government service while studying there. He has two brothers Shambhudayal Dubey and Brijesh Dubey in the family. The mortal remains of Dubey from Bhopal reached Bagdari village of Barman Chowki area on Friday night by a special vehicle. As soon as the news of Shriram Dubey’s death spread in the village, the whole village remained inconsolable and on Saturday morning, when Dubey’s last journey came out, people reached Bagdari as well as people from nearby villages. The force coming from the police line, including the force of Barman outpost, saluted the late SI with a guard of honour.

This was the incident: It is said in the incident that SI Shriram Dubey posted in traffic last 7 On August, when he was giving duty in the crime branch campus of Bhopal, during this time he took challan action on a car parked in no parking, and engineering student Harsh Meena Varsha stabbed SI in the stomach. The police has arrested the accused. The injured SI underwent treatment in Bhopal. But he passed away on Friday night. In the case, now the Bhopal Police is taking action to increase the section of murder against the accused.

Gwalior Crime News: Ganja was bought from Andhra Pradesh for Rs 11 lakh, after reaching the right place, it was sold for a quarter of a crore

Gwalior News: The water chamber broke as soon as the minister kicked the company, fined one lakh on the company, watch video