One and a half lakh bamboo plants will be planted, 50 thousand mixed and 20 thousand medicinal

During the summer days in the forest area where trees have been burnt due to fire. Or there has been destruction of forests due to any other reasons. In the language of the Forest Department, a plan has been made for the development of such degraded forests, under which this time the focus is on planting bamboo plants in the forest areas of the district. This time one lakh 50 thousand bamboo saplings will be planted in the forests by the department. At the same time, 50 thousand mixed saplings are to be planted through MNREGA.

Promotion of medicinal plants: During the second wave of the Kovid period, the problem of oxygen and firewood for cremation of dead bodies started becoming a problem. In view of this, the department is now setting a target of planting about 20 thousand mixed plants and about 30 thousand medicinal plants. A program is being made to plant saplings in the forest area and other community areas during the rainy season.

Extinct flora will be planted: This time the focus is also on the extinct flora by the department. Preparations are also being made to plant such plants. Under Biodiversity, a plan is being made for the deforested and extinct vegetation. So that trees can be planted during the rainy season.

The Herbal Park of the Forest Department has been awarded twice in the past by the government for biodiversity. Best Biodiversity Park was awarded by the Biodiversity Board in the year 2007 and 2008. At the same time, plants of many extinct species were also planted here. The park has also served as a training laboratory for the women’s section including college and school students. The Female Flora Group was also formed by women.

Unique Astronomical Event: As soon as the Sun God sets, Mercury will be seen on this day

The forest area of ​​the district is spread over 900 square kilometres. The forest area here is dense. This time a plan has been made by the department to plant bamboo plants and medicinal plants for the development of degraded forests. I just saw the planting today. Plants are getting ready in the planting of Deer Chapada. Apart from this, plants will be brought from Betul and Gunjal.

Gwalior News: Daughter performed the duty as a son and gave fire to the father 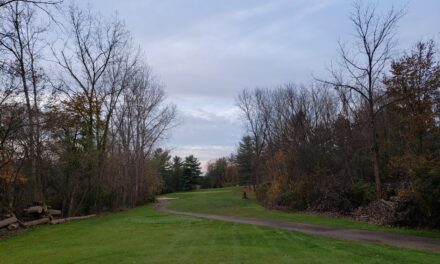