Indore (AboutGyan Representative), PF Withdrawal. Employees working in private companies and institutions have largely sought advances from their Provident Fund (PF) accounts following the shutdown of work during the lockdown period. He deposited this amount for post-retirement. Under the Kovid-19 scheme of the Provident Fund Organization, Indore office received about 37 thousand applications in two months, including more than seven thousand applications for corona treatment. The organization has deposited the amount in the accounts of the employees in three days, so that the employees do not face problems in difficult times. According to the data, over 93 crore rupees were sent to the accounts of employees in lieu of all applications. Of this, more than Rs.13.35 crores are included for the treatment of Corona.

More than 12 lakh applications have come under the scheme across the country. In March 2021, the second wave of Corona knocked. In April the lockdown was imposed as the infection spread rapidly. Meanwhile, business and private organizations gave employees the convenience of working from home. Between April and May, employees started applying for advances online under the Kovid-19 scheme. During this, 37 thousand 555 employees sought advance. 93 crore 59 lakh 33 thousand rupees were deposited in their accounts. Commissioner Amardeep Mishra formed a team of officers to get the benefit of the facility on time.

Assistant Commissioner Dinesh Holkar resolved each case in three-four days. In 7,588 applications out of 37 thousand, money was sought for treatment of corona. These forms also came from April 1 to May 28, in which 13 crore 35 lakh 21 thousand 120 rupees were allocated in the accounts. Under the scheme, the amount of basic salary and dearness allowance of three months, which was less, was accepted.

The name of MYH was heard from the doctor, the son’s bonmero transplant was done after coming from Dubai to Indore.

During the first wave of Corona, the number of people seeking PF advance was quite low. In April-May 2020 last year, 7,257 applications were received. Around 15 crore rupees were then transferred to the accounts of the employees. But this time the number of applications has increased five times. About 37 thousand applications came to Indore office alone. This is because last year very few people were infected. The government also gave the treatment money. Thousands of people were infected in the second wave and treatment was also very expensive. Due to this, applications also increased. On the other hand, many employees of the PF office were also infected between April and May, but the functioning was not affected.

The economic crisis faced the employees in the lockdown. In two months, 37 thousand online applications were reviewed. For this, three teams of employees have been formed, which are resolving the episode. The amount is deposited in the accounts in three days. – Amardeep Mishra Commissioner, Provident Fund Organization

More than 600 contracted medical workers on strike in Indore

Madhya Pradesh Corona Unlock Guideline: Coaching Mall Cinemas will not open yet Guidelines will be ready this week 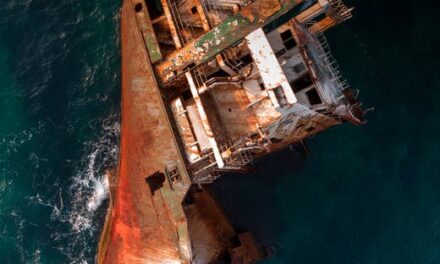