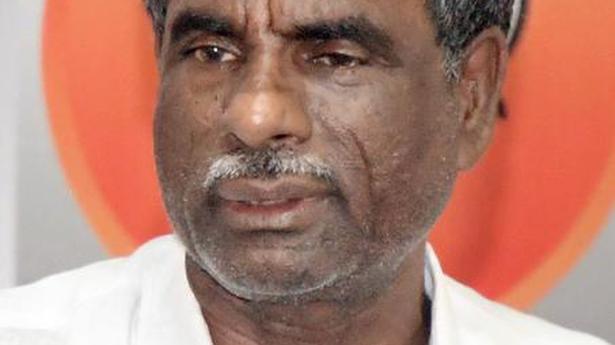 Private banks operating in the State have been accused of collecting hefty pre-closure fee and other fees from those wishing to close loans.

On Tuesday, JD(S) member H.M. Ramesh Gowda raised the issue in the Legislative Council, and said he himself faced the problem that led him to register a case with the police.

“I know of another case where the person wanted to close the education loan taken for his daughter’s education. Against the loan of ₹9 lakh, he was made to pay a pre-closure fee and other fees of ₹93,000,” he said.

Elaborating further, Mr. Gowda narrated his experience with the HDFC Bank in Bengaluru. “When we approached the bank to close a loan of about ₹5.5. crore taken by my wife, we were asked to pay a pre-closure fee of ₹ 16 lakh and other fees of ₹30 lakh, totalling to ₹46 lakh. Only after I approached the police against this and a FIR was filed that the banks waived them. How many common persons can do it?” he asked.

He further said it was difficult to meet the bank high-ups, and accused the private banks of collecting pre-closure fee of anywhere between 2% and 3%, which was against the guidelines of the RBI. “With most bankers not knowing Kannada, it is difficult to communicate with them,” he added.

Responding to Mr. Gowda, House Leader Kota Srinivas Poojary acknowledged that this was a big problem.

“The government brought this matter to the notice of the State-Level Bankers’ Committee, which in turn asked the private banks to stop this. The SLBC also informed the regional director of RBI and requested him to take action against such banks,” he said. The RBI has informed the State government that any specific cases brought to its notice will be dealt with, Mr. Poojary said, adding that the State government will also coordinate with RBI to prevent such harassment.