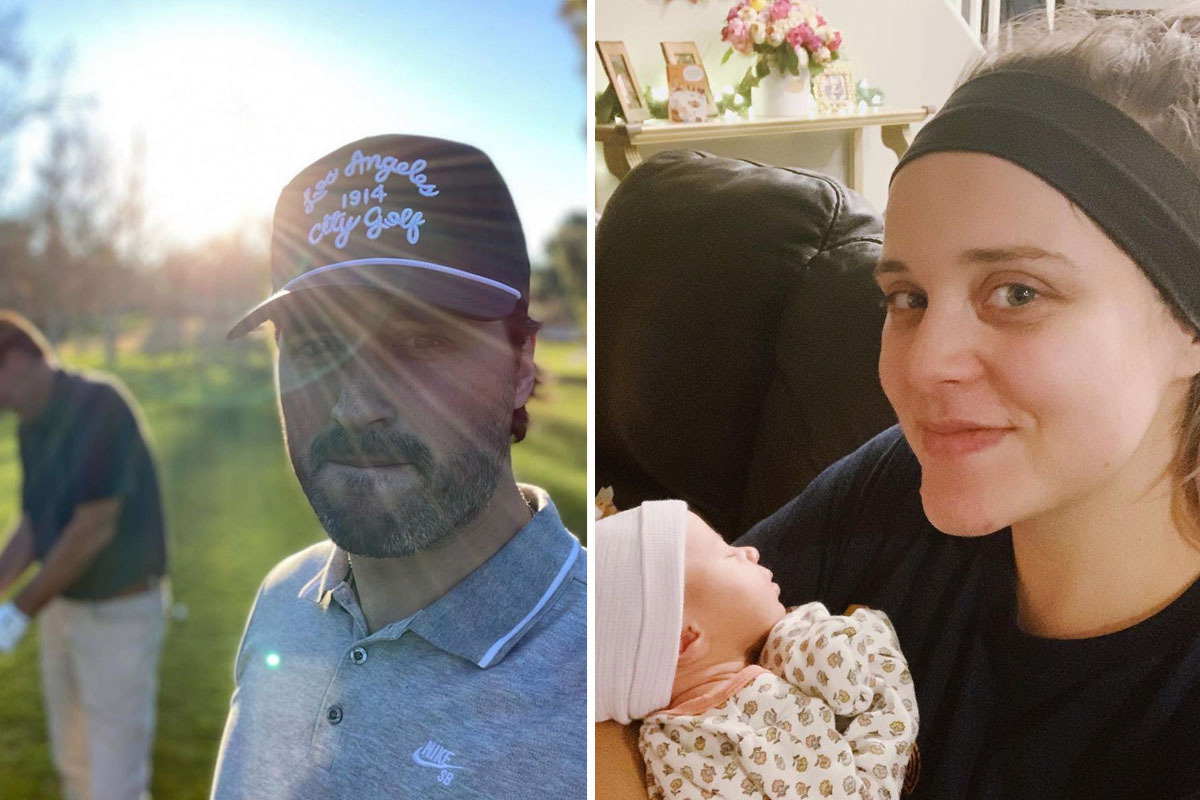 JINGER Duggar’s husband Jeremy Vuolo was slammed for “not helping” his wife with their two kids as he shared a photo of himself golfing.

The famous duo, who tied the knot in 2016, share daughters Felicity, two, and Evangeline, three months.

Jeremy, 33, took to Instagram recently to share a golfing photo as he posed for the camera while his pal worked on his swing in the background.

He captioned it: “Had a great afternoon playing find-the-golf-ball-in-the-woods.”

However, while Jeremy was loving his golfing adventure, people weren’t exactly for it as they took to the comments section to bash him.

One person wrote: “Do you ever help your wife at home?” while another added, “TBH I think it’s unfair on Jinger to be left tackling a toddler and a baby girl on her own.

“No wonder the poor girl is exhausted.”

A third chimed in sarcastically: “Glad you enjoyed your golf outing Jeremy. Im hoping that Jinger had an equally relaxing enjoyable time at home with 2 children and all that entails.”

All this comes just a few days after fans became concerned for Jinger, 27, following an Instagram post that showed her with her hair pushed back with a thick orange floral headband.

One person commented: “You’re masking your unhappiness,” as another added, “You look great but exhausted, girl, give the kids to Daddy, make use of that big bathtub…”

Others encouraged Jeremy to help Jinger, as one person wrote: “JERM LET HER SLEEP FOR JUST ONE NIGHT AT LEAST.”

Previously, The Sun exclusively reported that Jinger and Jeremy are “exhausted and hiring a nanny” amid marital issues.

The insider said: “Jinger is especially exhausted, and Jeremy took time off work to help care for the children, but they are looking at hiring a nanny to give them some respite.

“Things have been difficult and they’re feeling the strain, but they’re doing everything they can to keep their family together, and also spend time focusing on each other….”

Counting On fans also accused the former professional soccer player of “mocking” the mother of two after she “lost” a card game.

Back in November, the pair confirmed to Today they were parents for a second time as they said: “We’ve got good news! Jinger is recovering very well, enjoying finally being able to hold her little angel.”

From sex to gossip, Georgian England was even more raucous than Bridgerton

Billie Faiers breaks her silence after quitting Dancing On Ice

They added: “As for Felicity, she is in love with her little sister but has no idea how much sharing is in her future. We are so grateful to God for this beautiful gift!”

Aside from raising their kids, the couple also recently launched their own lifestyle brand.

However, fans slammed that as well as they labeled it as “boring.”

Two teachers are suspended after forgetting to log out of Zoom

Arsenal plan ‘clear out’ this summer including Alexandre Lacazette