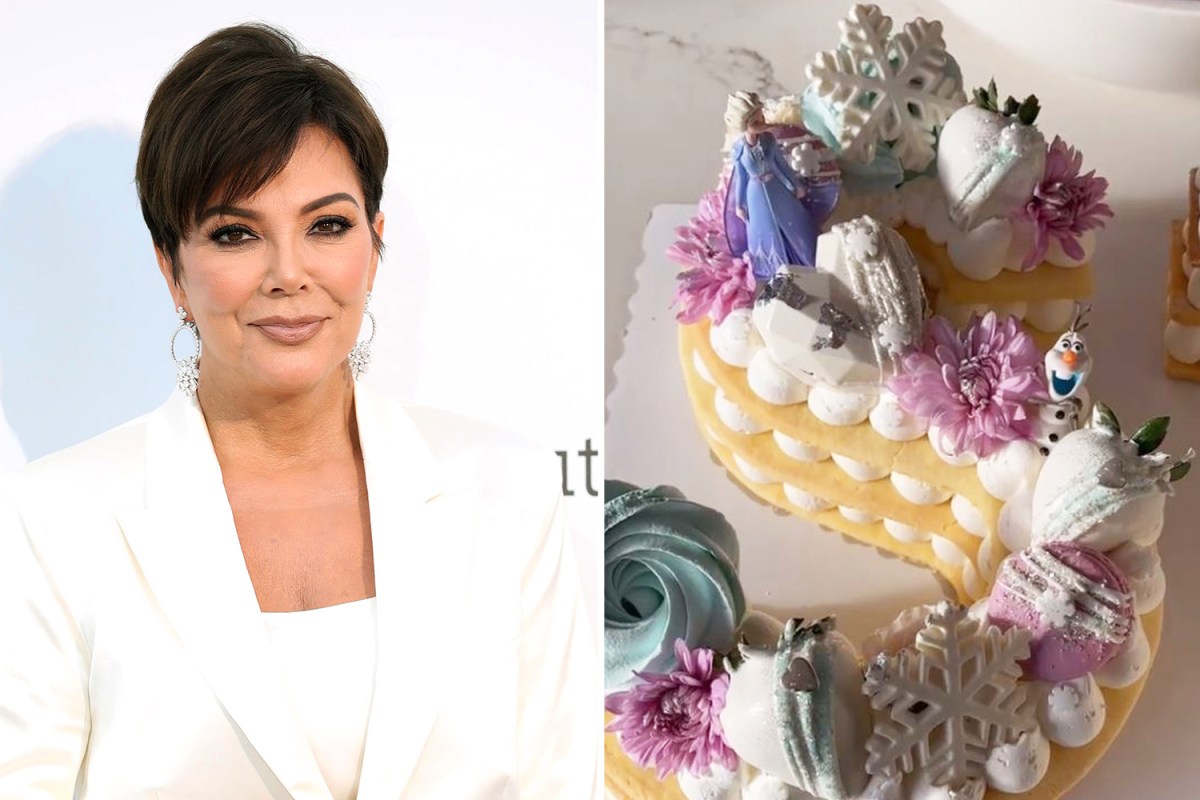 The famous grandma took to her Instagram Story to share a video of the cake on Tuesday.

In the video, Kris showed off a number of decadent cakes that spelled out her granddaughter’s name.

Each cake was beautifully decorated with characters from Disney’s Frozen, as well as snowflakes and pink and blue flowers.

Kris, 65, captioned the post: “Such beautiful details!! Thank you @crumbles_patisserie for Stormi’s cake.”

The friendly exes also spoiled their daughter when they celebrated her third birthday earlier this month.

To celebrate her only daughter’s birthday, Kylie shared an adorable TikTok video that included a series of never-before-seen pics.

Accompanied by Edith Whiskers’ song Home, fans caught a glimpse of a newborn Stormi as she napped in her little bed, played with Kylie, and rested beside her cousin, True Thompson.

Also earlier in February, the Keeping Up With the Kardashian star showed off her daughter’s impressive shoe collection in an Instagram Story post.

Alongside a snap of the toddler’s collection- which includes $3,455 worth of shoes- Kylie wrote: “My girl is so spoiled.”

While Kylie and Travis are no longer together, it was reported that there might still be hope for the co-parents to rekindle their romance.

Just days after the exes celebrated Stormi’s birthday, a source told E! News: “Kylie and Travis are still madly in love. You can tell every time they are together that there is a lot of love there. Both of their faces light up when they are together and both seem very happy.”

The insider added they have been “amazing co-parents” to Stormi and that they are following a “great routine.”

While the KUWTK star and rapper are reportedly on great terms, they have not yet gotten back together.

The source said: “Kylie and Travis spend a lot of time together with Stormi as a family and aren’t ruling out getting back together. They aren’t putting pressure on the relationship right now.”

Naked Attraction contestant was kicked off set after getting ‘over excited’

Stormi is not the only spoiled toddler in the famous family, as Khloe Kardashian and Tristan Thompson’s daughter True recently received $900 Fendi boots and a $1,570 Louis Vuitton purse.

Khloe, 36, posted several photos on Monday of True showing off her luxury accessories while wearing a pink skirt and white sweater.

Coronavirus live news: US to get extra doses out of Pfizer...