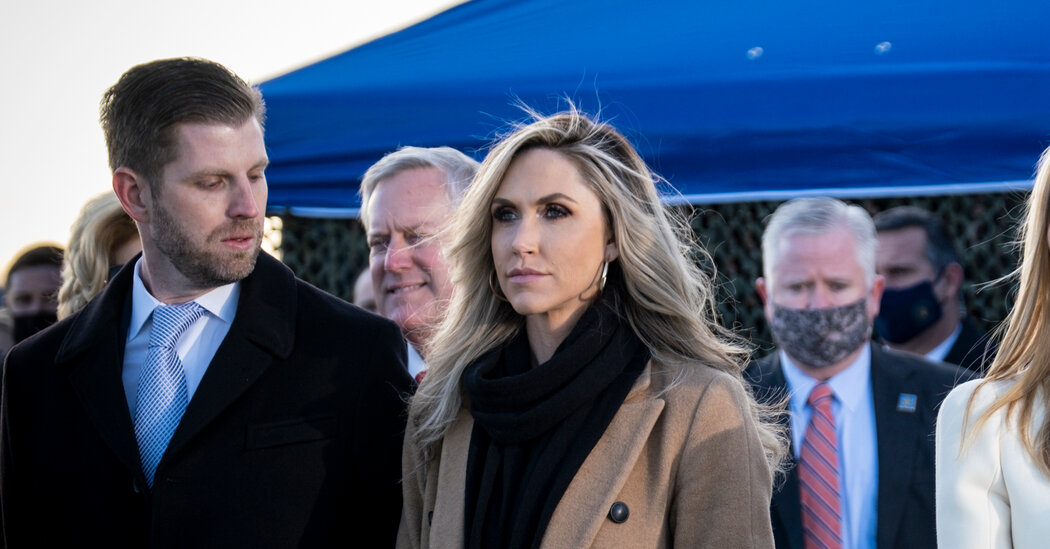 Another Republican, former Representative Mark Walker, a Trump ally, has already announced his candidacy, and Pat McCrory, a Republican former governor, is considering one. Mark Meadows, the former North Carolina representative and former Trump chief of staff, is also said to be in the mix.

“We are going to take a very long look at all the candidates versus, you know, some kind of coronation,” said Mark Brody, a member of the Republican National Committee from Union County, outside Charlotte.

Doug Heye, a former Republican National Committee spokesman who used to work for Mr. Burr, questioned whether Ms. Trump was willing to endure the tussle and tedium of running or serving. “Many people love the speculation and the attention, but being senator is a lot of hard work,” he said.

First, however, there is the question of her residence. Ms. Trump currently lives with her husband, Eric, and their children in the northern suburbs of New York City and would have to move back.

Then there is the less straightforward question of branding. The Trump family name is a wild card — it will be a plus with loyalists and fund-raising nationally, but it could be a liability in a battleground that the former president won by a mere 1.3 percentage points in 2020. There is also a possibility Ms. Trump’s candidacy could help increase Democratic turnout, especially among the state’s large Black population.

“There is a myth that Trump voters will come out for Trump candidates or family members,” said John Anzalone, a Democratic pollster and a veteran of campaigns in the South. “Cult members only come out in full force for the cult leader.”

That Ms. Trump’s may-or-may-not-happen candidacy is generating buzz is, in itself, a reflection of the party’s anxiety over its future.