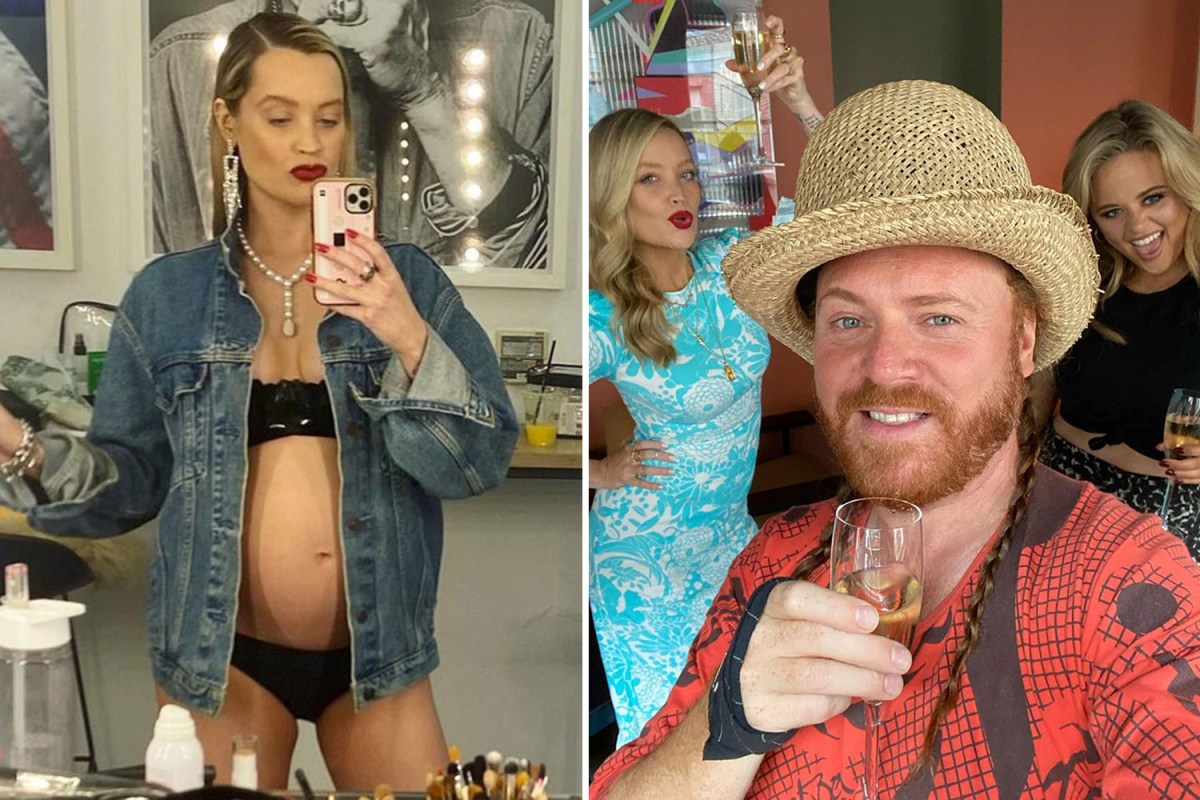 LOVE Island host Laura Whitmore had to hide her pregnancy from her Celebrity Juice co-stars who were busy getting ‘drunk’.

The 35-year-old presenter is expecting her first baby with husband Iain Stirling next month and admitted having to keep her good news under wraps from her Celebrity Juice crew.

“I filmed Celebrity Juice and everyone around me was drunk, while I was secretly pregnant and being physically sick,” she said in a Stella magazine interview.

The couple, who are host and voiceover man on the ITV’s hit show, got hitched in Dublin in November, The Sun revealed last month.

Earlier this year, the 35-year-old presenter shared a picture of the couple at the lavishly decorated Dublin City Hall in her native Ireland in an all-white trouser suit, clutching a bouquet of flowers.

Laura and Iain revealed last month that they are expecting their first child, posting a picture of a Guns N Roses babygro on Instagram.

She wrote: “I want to now share good news as it’s our news to share – and I’m gonna be honest it’s starting to look like my lock down beer belly is out of control.

“Iain and I are expecting a baby early 2021. It’s been hard to keep such happy news quiet.

“Especially the times when I’ve had to run out of live radio to get sick in a bin or my penchant for a bowl of mashed potato in the morning.”

Along with welcoming their first child, Laura and Iain are set for a big work year as Love Island bosses are determined to make its 2021 comeback the biggest in the show’s history and no expense will be spared, according to reports.

Laura confirmed she will be back hosting the dating show this year.

“I have been told that it’s coming back,” she told Stella.

“I love doing it, it’s such a fun show. And I actually think it’s been good to have had that break, for everyone who works on it, because we all went through a loss.”

Laura added: “It’s nice to realise how much people missed the show. Apparently applications are crazy this year. Let’s just pray the vaccines kick in.”

The hit ITV2 reality series was postponed last year due to the coronavirus pandemic, but the success of I’m A Celebrity and Strictly in the face of restrictions has inspired show chiefs.

Speaking to the Star, an insider said: “Strictly and Dancing on Ice have happened against the odds and they’re determined that Love Island can do the same.

“They also think they’ll need to fly over three times as many contestants than normal in case some of them fall ill.

“Discussions around the budget are happening. It’s definitely going to be the biggest in show history.”

The Sun exclusively revealed overnight that 100,000 people have applied for this summer’s show.

Fact check: Has Kejriwal-govt announced a lockdown in Delhi? Here’s the...