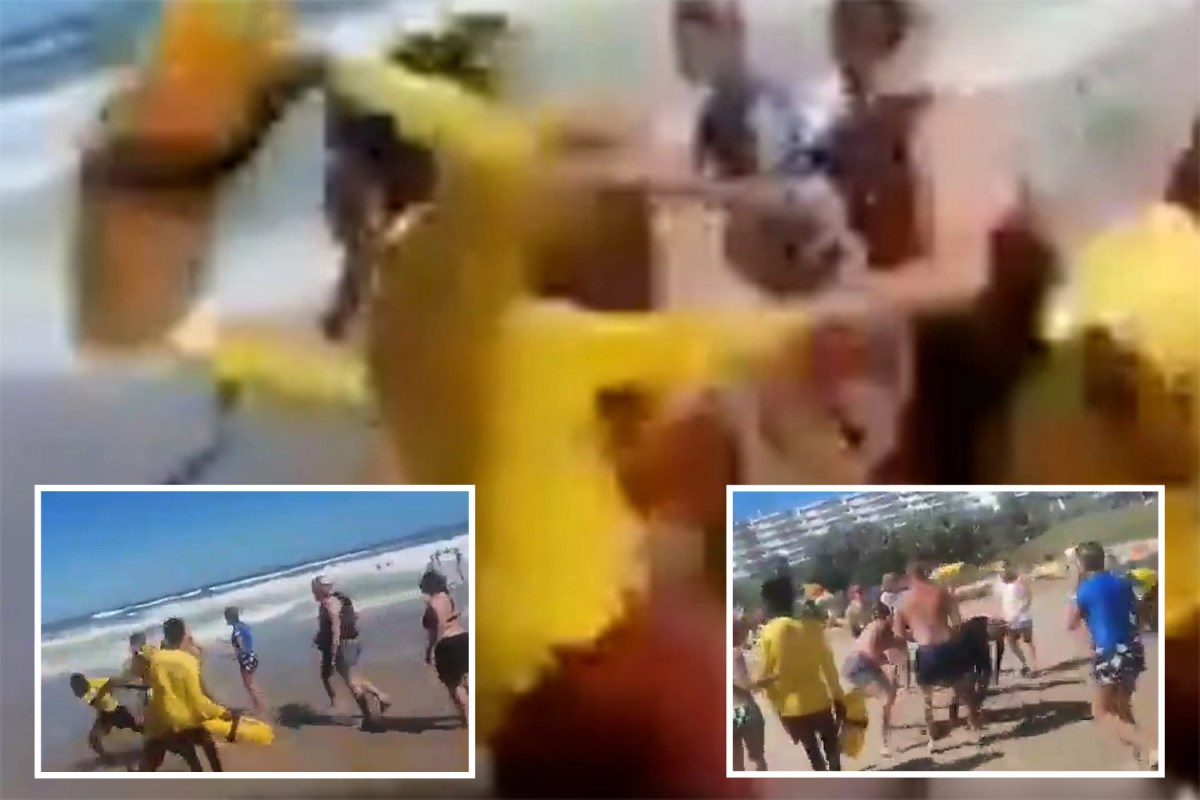 THE is the moment black lifeguards clashed with white holidaymakers on a packed beach following an alleged race row in South Africa.

Footage shows guards dressed in yellow using their floats to bash the tourists at Manaba beach on the KwaZulu-Natal coast.

The trouble reportedly flared when the lifeguards warned the men against swimming out too far and asked them to come closer to the beach.

Police spokesperson Capt Nqobile Gwala said four of the holidaymakers – aged between 21 and 52 – were arrested following the shocking incident.

They later appeared in the local Ramsgate magistrates court where they were bailed on assault charges.

Four lifeguards were reportedly hurt during the fight, including one who was knocked unconscious when he tripped and fell.

Council spokesman Simon April said: “It started off as a scuffle when the lifeguards tried to warn the group about how far they could swim.

“Things got heated and unfortunately, it became a physical fight on racial grounds.

“There were punches and kicks and lots of racial abuse…all because, it seems, the lifeguards were trying to do their job and enforce the rules.”

The full footage shows the fight on the beach, the fight then continuing near the lifeguard offices and later the men driving off in their pick-up truck.

The tourist who filmed the incident said: “Obviously, with our country’s history, white people don’t like being told what to do. And that started the fight.”

It was not revealed exactly where the men were from but local police told the agency Newsflash they were South Africans.