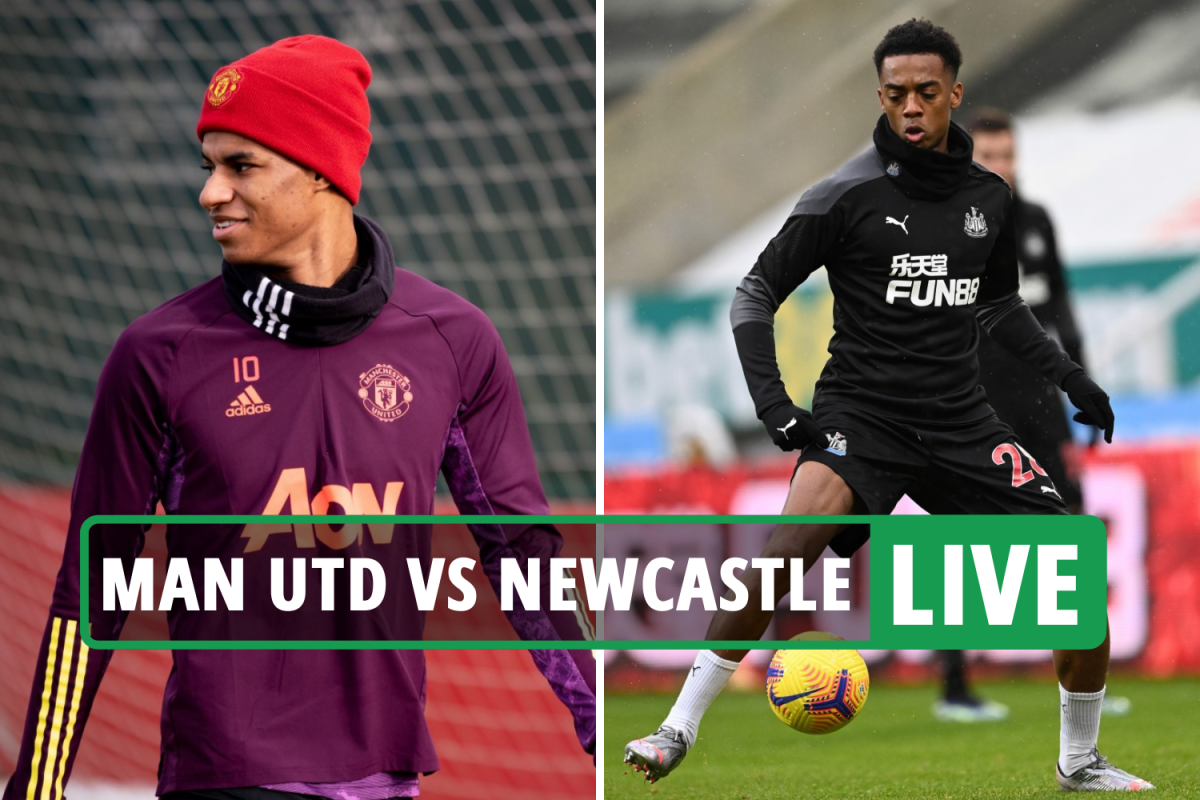 Welcome to SunSport’s live coverage of Manchester United versus Newcastle United in the Premier League.

A month ago, this looked a fixture with greater importance to the top of the table than the bottom, but such has been the form of these two clubs that it’s now a game that primarily affects the relegation battle.

Fulham’s renaissance over this past week has cut Newcastle’s buffer between themselves and the bottom three from ten points to just three, and with a trip to Craven Cottage scheduled for the final day, there is little room for further error at St James’ Park.

Despite the Toon Army’s ongoing frustrations with how their club is being run, few fans would have feared the drop after the victories over Everton and Southampton.

However, the hamstring injury suffered by Callum Wilson a fortnight ago is a huge blow to their survival expectations, and Steve Bruce’s team must now learn how to navigate the next eight weeks without their top scorer.

Manchester United propelled themselves top of the table in January, but a run of just two wins in seven has since seen them slip to third.

Coupled with the devastating success of their city rivals, and Ole Gunnar Solskjaer’s team are now 13 points off the summit as it stands – and out of a one-horse title race.

A thumping 4-0 win at Real Sociedad in the Europa League on Thursday hinted at a return to the heights of this campaign, with Bruno Fernandes once again oozing class.

The Portuguese playmaker will be Solskjaer’s go-to man this evening, but Edinson Cavani and Scott McTominay are doubts while Paul Pogba is definitely out.

We’ll have confirmation of the starting line-ups shortly with kick-off to follow at 7pm.

All you need to know about Prince Philip’s funeral arrangements

Sidhu is like a Rafale, our weapon for next election: Harish...