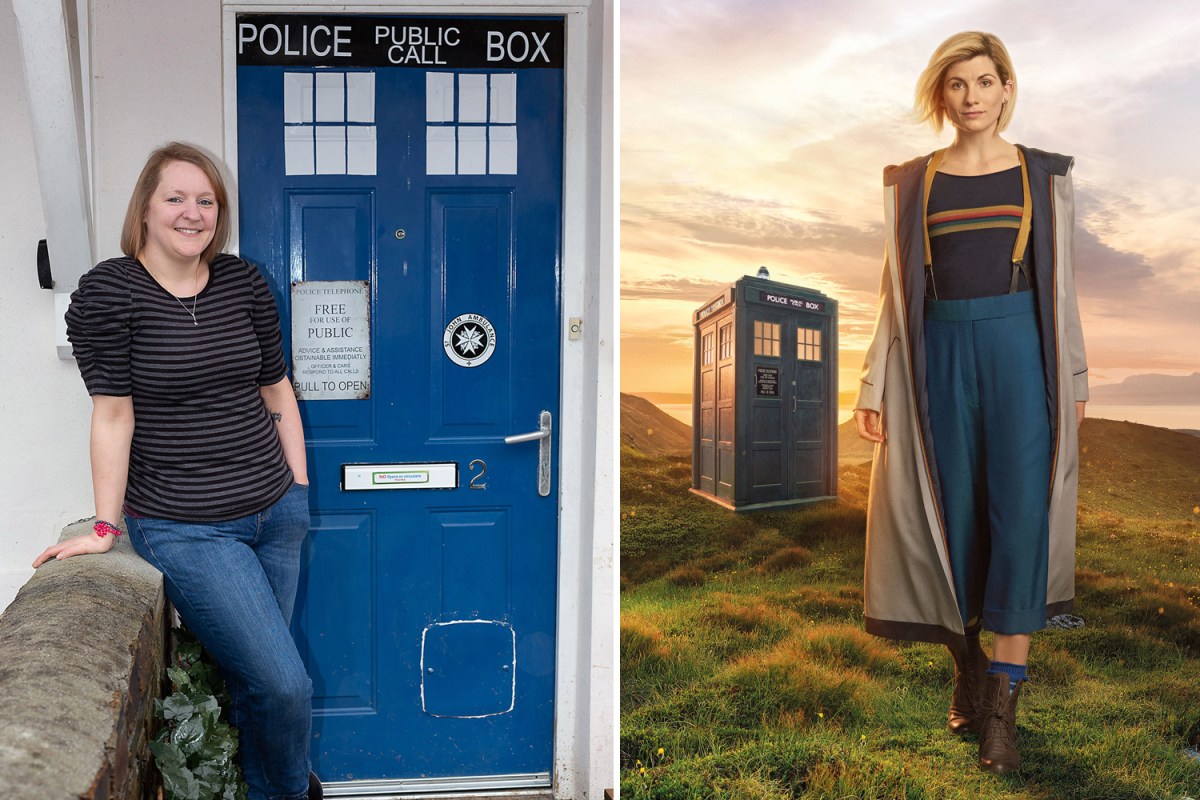 NEW Doctor Who fan Katie Prowse has turned her front door into a Tardis replica.

With space and time in lockdown, the mum of two, 34, got hooked on the BBC series, starring Jodie Whittacker.

Giving their home in Bridestowe, Devon, a new dimension cost £40.

Katie said: “Phill was stunned I even considered it.”

She added: “We realised our front door was already ‘Tardis blue’ and said wouldn’t it be cool if it became a landmark.

“Sat Navs don’t work very well around here, so we could just say to people ‘turn right at the pub and look out for the Tardis.’

“The hardest part was getting the windows right and I probably spent about an hour getting them sized and cut properly.”

Mum-of-two Katie said the reaction to her DIY door had been overwhelming.

She said: “I posted it on a few facebook sites and we have already got thousands of comments and likes.

“The response has been overwhelming. I am quite shocked by it to be honest.

“I love that when I pull up outside my house that this is my front door.”