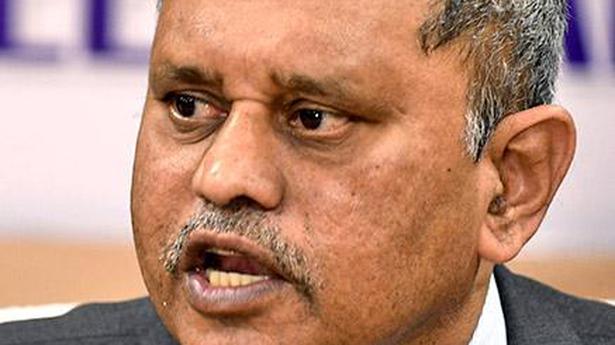 State Election Commissioner N. Ramesh Kumar will be holding a video-conference with the District Collectors, the Superintendents of Police, and the Municipal Commissioners on February 22 to take stock of the arrangements for resuming the elections to the Urban Local Bodies (12 Municipal Corporations and 75 Municipalities / Nagar Panchayats) scheduled to be conducted on March 10.

By March 14 last, the process of elections had been completed up to the stage of scrutiny of nominations. It had to be stopped later due to the looming COVID-19 threat.

In his recent orders, the SEC had stipulated that the last day for withdrawal of nominations was March 3, and that the list of contestants be published the same day after 3 p.m. Re-poll, if necessary, would have to be conducted on March 13. Counting of votes would be done on March 14.

The recognised political parties, whose candidates (numbering 56) had died in the last 10 months, were instructed to nominate candidates as their replacement by February 28.

Having ensured successful conduct of the gram panchayat elections, in which the YSRCP has claimed to have dealt yet another severe blow to the TDP, Mr. Ramesh Kumar has turned his attention to the elections for the ULBs, wherein the stakes are high due to the direct involvement of the political parties.

In Monday’s video-conference, Mr. Ramesh Kumar will discuss the arrangements for the smooth conduct of the elections, for which the parties have already begun campaigning.

The YSRCP’s claim that it has won over 80% of the sarpanch and ward member posts will be put to litmus test by the voters in the cities and towns where the government has aggressively implemented a slew of welfare schemes.

Mr. Ramesh Kumar, who was happy that the panchayat elections passed off peacefully, hopes that the officers and staff, and all stakeholders will ensure that the ULB elections too are devoid of any major trouble.