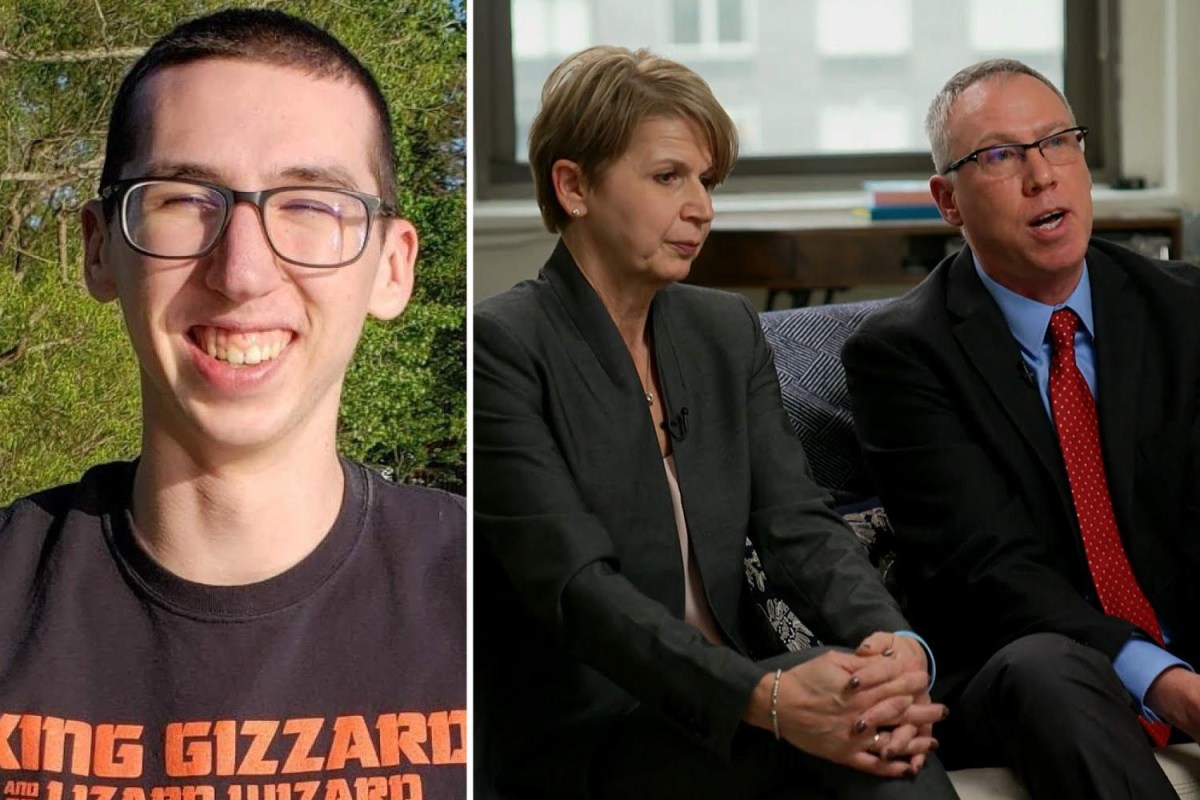 THE parents of a 20-year-old college student who killed himself after believing he had lost $730,000 trading on Robinhood are suing the stock-trading app.

Alexander Kearns threw himself in front of an approaching freight train on June 12, 2020 in his home town of Naperville, Illinois.

Dan and Dorothy Kearns have launched legal proceedings accusing the company of wrongful death, as they believe Robinhood’s delayed response to their sons money worries played a role in his suicide.

They said Kearns had began using Robinhood before he graduated from high school, using money he earned from lifeguarding and cash from his grandparents.

“All told he might’ve had maybe $5,000 in his savings. I didn’t see the harm in doing that,” Dan explained.

Kearns had been authorized to buy and sell complex options – a high stakes strategy that can result in temporary debts as balances settle over trading days.

On the day of his death, Kearns’ Robinhood account had been restricted and showed a negative balance of -$730,000.

The University of Nebraska student reached out to the company concerning his loss, saying: “I was incorrectly assigned more money than I should have, my bought puts should have covered the puts I sold. Could someone please look into this?”

He received an automated response saying Robinhood was “working to get back to him”.

They said their son had emailed the customer service support team a further three times, before he took his own life on June 12.

In a note left to his parents shared online by his cousin-in-law Bill Brewster, the youngster queried “how a 20-year-old with no income is able to get assigned almost a million dollars worth of leverage.”

He said he had “no clue what he was doing in hindsight” and believed he was only “risking the money that I actually owned.”

Tragically, the day after his death, an automated email was sent from Robinhood explaining that Kearns did not owe any money.

It read, “Great news! We’re reaching out to confirm that you’ve met your margin call and we’ve lifted your trade restrictions.

“If you have any questions about your margin call, please feel free to reach out. We’re happy to help!”

Kearns family believe he may still be alive if a customer service representative had responded to his questions quicker, and their lawsuit states the company “must be held accountable”.

Robinhood’s co-founders, Vlad Tenev and Baiji Bhatt, expressed their sympathy in a blog post saying they were”personally devastated by this tragedy”, and had reached out to the Kearns family.

The company pledged to make vast improvements to its customer service system, by offering further education materials, advancing its financial and experience criteria for options, and guiding guiding customers through early assignments.

Benjamin Blakeman, one of the Kearns family attorneys, told CBS News: “The information they gave him was just incredibly skewed.

“And possibly completely wrong, because they make it look like you owe $730,000 when you really don’t owe anything. That could panic just about anybody.”

‘Where has all the lust gone?’

Told by NIA not to appear for now: Khalsa Aid