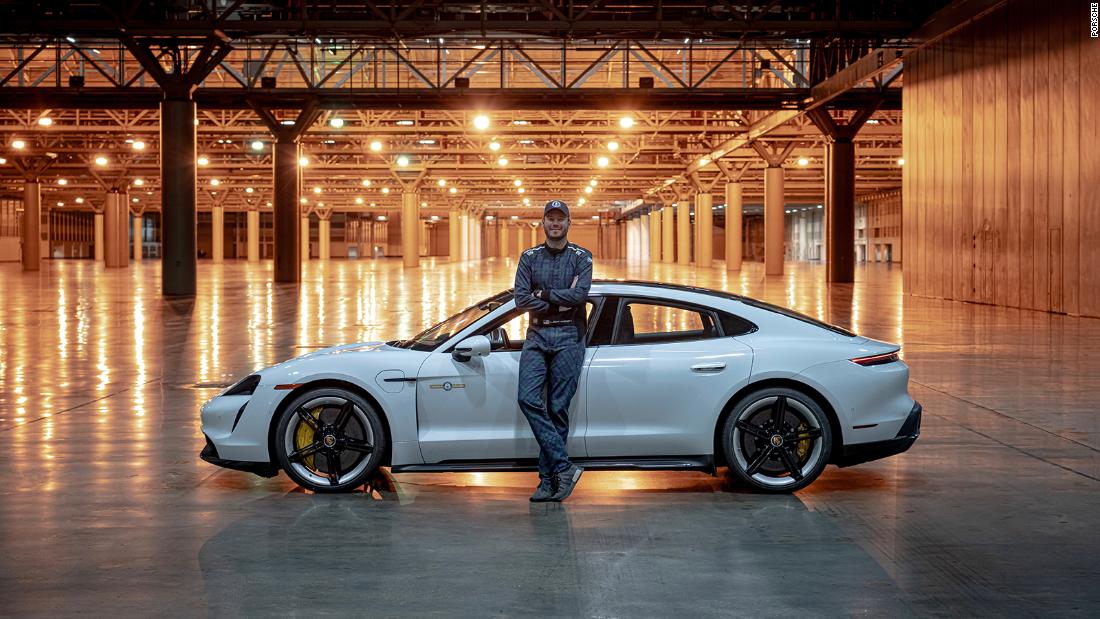 Racer Leh Keen was the driver and crushed the previous record by 13.6 mph at 102.65 mph in New Orleans, Louisiana, on Wednesday, Porsche said in a news release.

“I didn’t look down at my speed so it came as a surprise and a relief that I’d beaten the record, and by such a margin. It was a rush! I’m thankful for Porsche for trusting my abilities and for their preparations and encouragement — 102 mph inside a building. What was I thinking?” Leh said.

This is Porsche’s fourth world record, according to Guinness. The car company also holds the title for longest vehicle drift in an electric car, the fastest vehicle slalom, and the heaviest aircraft pulled by a production car.

The indoor land speed record had not been set since 2013, so it may appear that breaking it would be easy. But the strict guidelines set by Guinness added a little extra challenge.

It was a record fit for a stunt driver, according to Porsche. Leh had to start and finish his attempt at a standstill, all within the space of the building. He was not allowed to have a run up, safety net or any doors open in case he needed an escape route.

Based on these parameters, Leh chose the Porsche Taycan Turbo S. The Tycan possesses a maximum of 750 horsepower, with four-wheel drive to maximize grip, carbon ceramic brakes and the ability to accelerate to 60 mph from a standstill in 2.6 seconds.

The next task was to select the building, and the Ernest N. Morial Convention Center fit the bill at just over 1 million square feet. The convention center boasts the largest contiguous exhibit hall in the United States, ideal for the distance it provided, but it also came with the challenge of its polished concrete surface.

“I didn’t really appreciate the scale of the record attempt until my first exploratory run,” Leh said after he set the record. “The surface is so unpredictable, so slick, that you have to have complete trust in your car. It truly was like ice — and you’re accelerating flat out, facing a really hard wall at the end.”

FA will not discipline Arsenal Women trio for Dubai trip in...