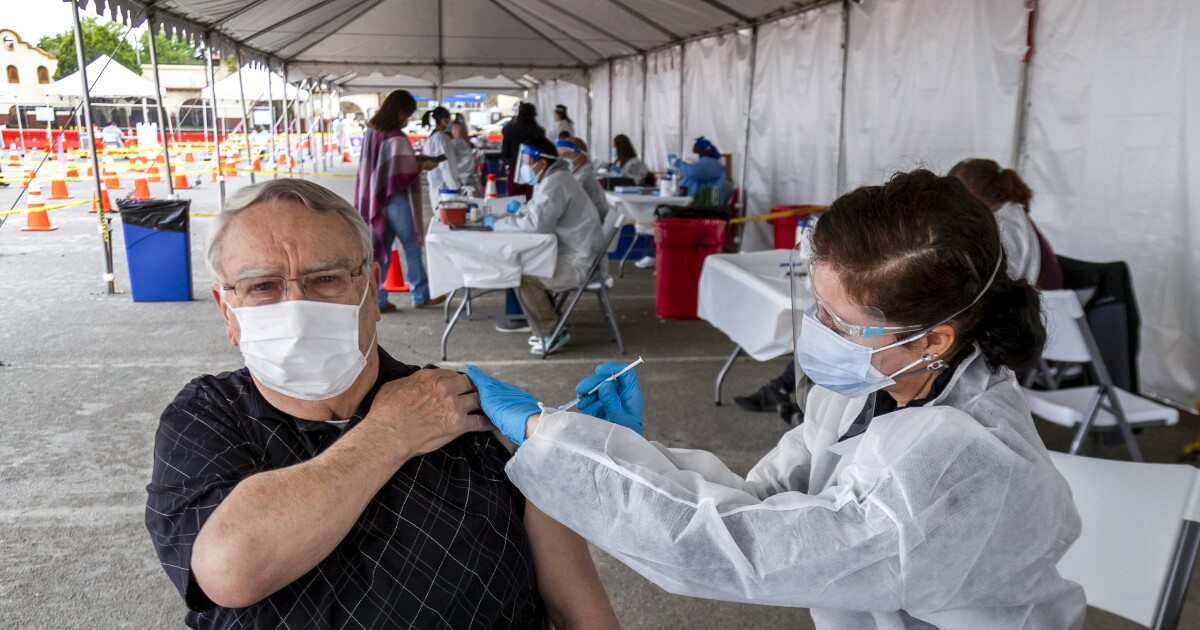 Riverside County residents who are 65 and older are now eligible to receive a COVID-19 vaccine at a county-run clinic, officials announced Monday.

As of Sunday, the age cutoff was 70, which was a bump from last week, when 80-year-olds were able to schedule appointments at county-run clinics, said Brooke Frederico, a spokeswoman for Riverside County.

“These changes were made based on available appointments remaining for this week’s appointments,” Frederico said in an email, adding that there were 10,000 appointments left.

Gov. Gavin Newsom announced in mid-January that those 65 and older could receive the vaccine. However, scarcity of shots in many municipalities meant that not everyone eligible for a dose would be able to immediately receive one. About a week later, L.A. County Supervisor Hilda Solis issued an executive order requiring county health officials to open appointments to residents in that age group days later.

Typically, Riverside County receives 23,000 to 25,000 doses weekly. But last week, the county received an extra shipment of more than 20,000 doses, Frederico said. Next week, it is expecting the same additional shipment.

“The county and providers will administer this entire amount within one week to eligible residents,” she said.

County clinics are prioritizing seniors, she said. Private providers may vaccinate anyone who falls into one of the open tiers on the state’s vaccination schedule.

L.A. Unified is slated to get vaccines it needs in order to reopen elementary schools