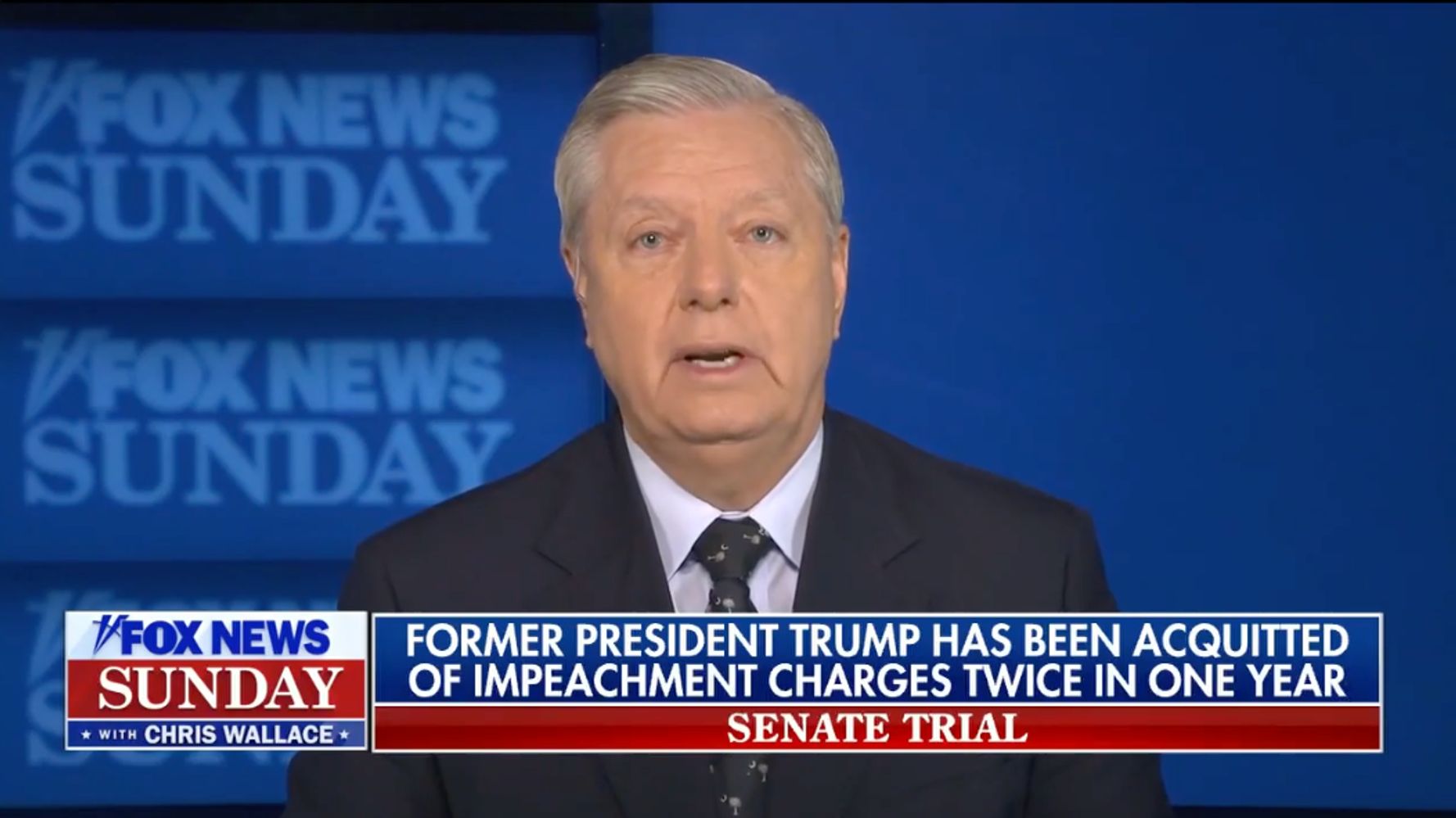 Sen. Lindsey Graham (R-S.C.) on Sunday acknowledged that former President Donald Trump spread lies about the election and could have “done more” to stop the deadly insurrectionist attack on the U.S. Capitol last month. Nonetheless, the GOP senator said he will stick by Trump’s side because he likes “winning.”

Asked during an appearance on “Fox News Sunday” whether Trump bears any responsibility for the Capitol riot, Graham said “no in terms of the law.”

“He bears responsibility of pushing narratives about the election that I think are not sound and not true,” said Graham, who helped peddle Trump’s baseless claims of widespread election fraud and urged him not to concede the race days after President Joe Biden declared victory.

“I don’t think that he caused the riot,” Graham added. He conceded, however, that Trump’s behavior after the election was “over the top.”

Graham called for a “9/11-style commission” to investigate the U.S. government’s preparedness for and handling of the Jan. 6 violence, including Trump’s response to it.

“Could the president have done more? Yeah,” Graham said. “Did he incite this riot by his speech? Absolutely not.”

Either way, Graham added, Republicans can’t win back the House in 2022 without Trump, who lost the popular vote to Biden by more than 7 million votes.

Graham was one of 43 GOP senators to vote to acquit Trump at the close of the former president’s second impeachment trial Saturday. Though 57 senators ― including seven Republicans ― declared Trump guilty, conviction requires a two-thirds majority of votes.

Later Saturday, Senate Minority Leader Mitch McConnell (R-Ky.), who voted to acquit Trump, said the former president was indeed responsible for the Capitol riot and that he could still face criminal prosecution for his actions. McConnell said he voted to acquit Trump because he did not believe the Senate could convict a former president, even though the upper chamber ruled days earlier that it could.

Graham on Sunday said he was “a bit surprised” by McConnell’s speech.

“I think Sen. McConnell’s speech ― he got a load off his chest, obviously,” Graham told Fox News. “But unfortunately, he put a load on the back of Republicans. … I think his speech is an outlier regarding how Republicans feel about all this.”

He suggested Republicans might move to impeach Vice President Kamala Harris if they win control of the House, equating her support for the Black Lives Matter movement with Trump’s fomenting of the Capitol riot.

Graham’s comments in the wake of the trial break from statements he made in the immediate aftermath of the Jan. 6 attack, in which he said Trump’s rhetoric had been “the problem” and “not the solution.” The riot resulted in five deaths that day, including a police officer. Two more officers who responded to the attack died by suicide days later.

Graham said he spoke to Trump on Saturday after he was acquitted and that the former president was grateful for “the help that all of us provided.”

“He’s ready to move on and rebuild the Republican Party,” Graham said. “I’m going to go down to talk with him next week, play a little golf in Florida. I said, ‘Mr. President, this MAGA movement needs to continue.’ … My goal is to win in 2022.”

Forces Appealed to 3 Alleged Terrorists in Controversial Srinagar Encounter to...