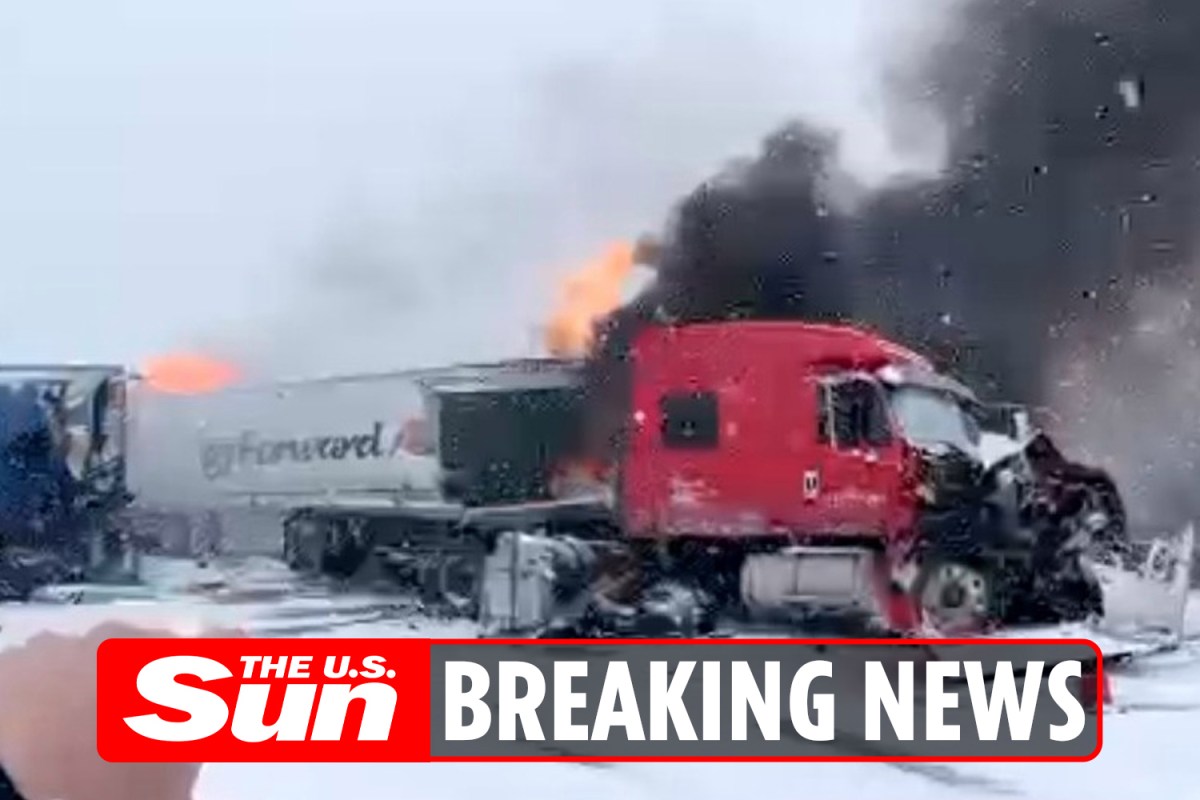 A FIERY crash involving two semis has led to multiple people being injured in a pileup on a snowy Oklahoma highway.

The crash – involving two semis and two pickups – has resulted in multiple people being rushed to the hospital, KOKH-TV reported.

Video showed smoke billowing from the vehicles after the crash on the highway.

“We are currently working this injury crash on the Turner Turnpike westbound near Post Road,” Oklahoma Highway Patrol said in a statement.

“This is involving multiple semis and passenger vehicles.

“Traffic is being diverted at Hogback Road.”

Highway Patrol advised: “Just a reminder – do not get out if you don’t have to.”

Officials said the interstate could be closed for up to eight hours as they work to clear the scene, KOKH reported.

Boy, 16, stabbed in broad daylight in front of horrified bystanders in park

For the latest news on this story keep checking back at Sun Online.

The Sun is your go to destination for the best celebrity news, football news, real-life stories, jaw-dropping pictures and must-see video.