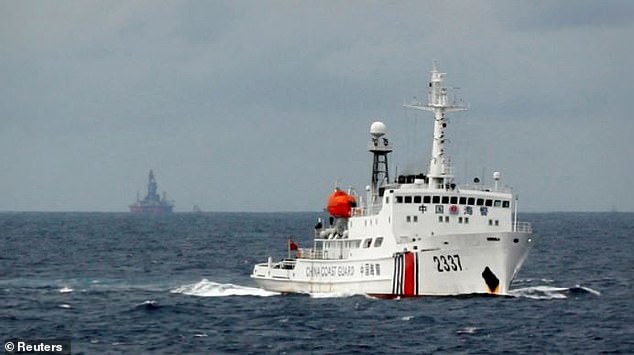 China today has sent two coast guard vessels into Japan’s territorial waters amid rising tensions between the two countries over the disputed islands in the East China Sea.

The Chinese ships, including one equipped with what appeared to be an cannon, intruded into the waters near the Japan-administered Senkaku Islands on Tuesday morning, reported Japanese media.

The uninhabited islets in the East China Sea, controlled by Japan but claimed by China, have been at the centre of a long-standing dispute that has plagued the relations between Beijing and Tokyo for years.

The incursion comes after China enacted a new ‘Coast Guard Law’, also known as the ‘open fire’ law, which allows the country’s sea forces to use weapons against any foreign vessel deemed a threat to its national sovereignty.

The Senkaku Islands, also called Diaoyu by China, are considered to have great economic and strategic values because they are close to important shipping lines and offering rich fishing grounds.

China and Japan both claim sovereignty over the islets, which are under Japanese administration, preventing wide-scale exploration and development of oil and natural gas in the East China Sea.

The Chinese vessels spotted today joined two other Chinese coast guard boats that had entered and remained in the waters since Monday, according to Nikkei Asia and Kyoto News, citing the Japan Coast Guard.

The two new ships also harassed a Japanese fishing vessel by pointing their bows towards the boat and making a move to approach it, said the Japanese authorities.

They added that one of the Chinese vessels was equipped with what appeared to be a gun. 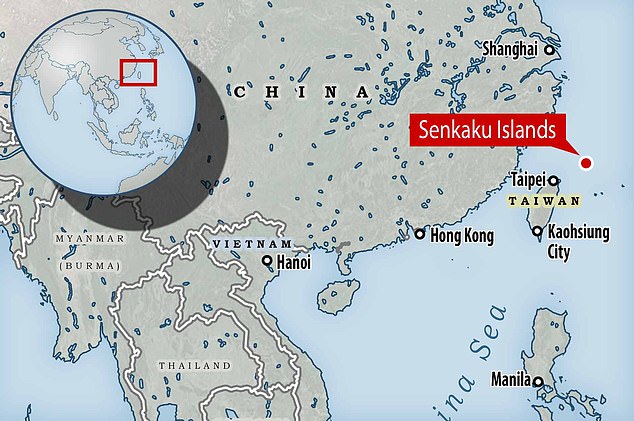 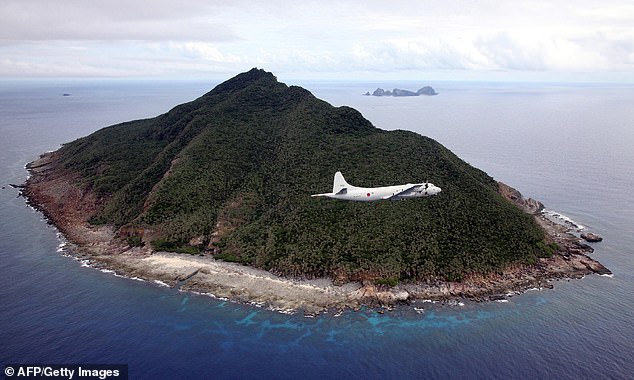 The Chinese vessels arriving in the waters early Tuesday departed the area around 10am, followed by the other two boats which left about two hours later.

Tuesday’s incursion is said to be the seventh time this year that Chinese vessels have entered Japanese waters.

It also came after China imposed a new law explicitly allowing its coast guard to use weapons against foreign ships that Beijing sees as illegally entering its territorial waters. 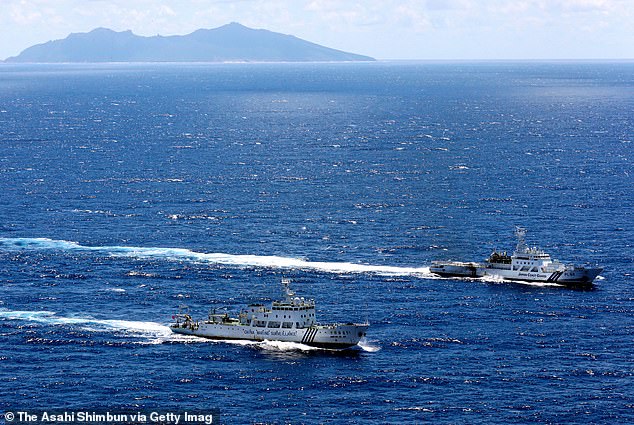 Earlier this month, four ministers from Japan and Britain voiced serious concern about the situation in the East and South China seas and opposed any unilateral attempts to change the status quo, in an apparent reference to China’s maritime expansion.

In a joint statement, they wrote: ‘The four ministers reaffirmed the importance of upholding freedom of navigation and overflight above the South China Sea and urged all parties to exercise self-restraint and refrain from activities likely to raise tensions.’

Japan’s call has also been backed by the US as President Joe Biden promises to keep his predecessor Donald Trump’s tough line on a rising China while also paying closer attention to allies.

China previously defended the country’s coast guard operations after its vessels were spotted in Japanese waters near the Senkakus islands on February 6 and 7.

Wang Wenbin, a spokesman for the Chinese foreign ministry, claimed the Senkakus were ‘China’s inherent territory’ while describing its activities as ‘legitimate and lawful measures to safeguard sovereignty’.

China is also facing mounting military tensions with the US and Taiwan, a self-ruled, democratic island that Beijing considers as its own.

The communist government has stepped up military, diplomatic and economic pressure on Taiwan since the election of President Tsai Ing-wen in 2016, as she refuses to acknowledge Beijing’s stance that the island is part of ‘one China’.

Last year Chinese military jets made a record 380 incursions into Taiwan’s defence zone, with some analysts warning that tensions between the two sides were at their highest since the mid-1990s.