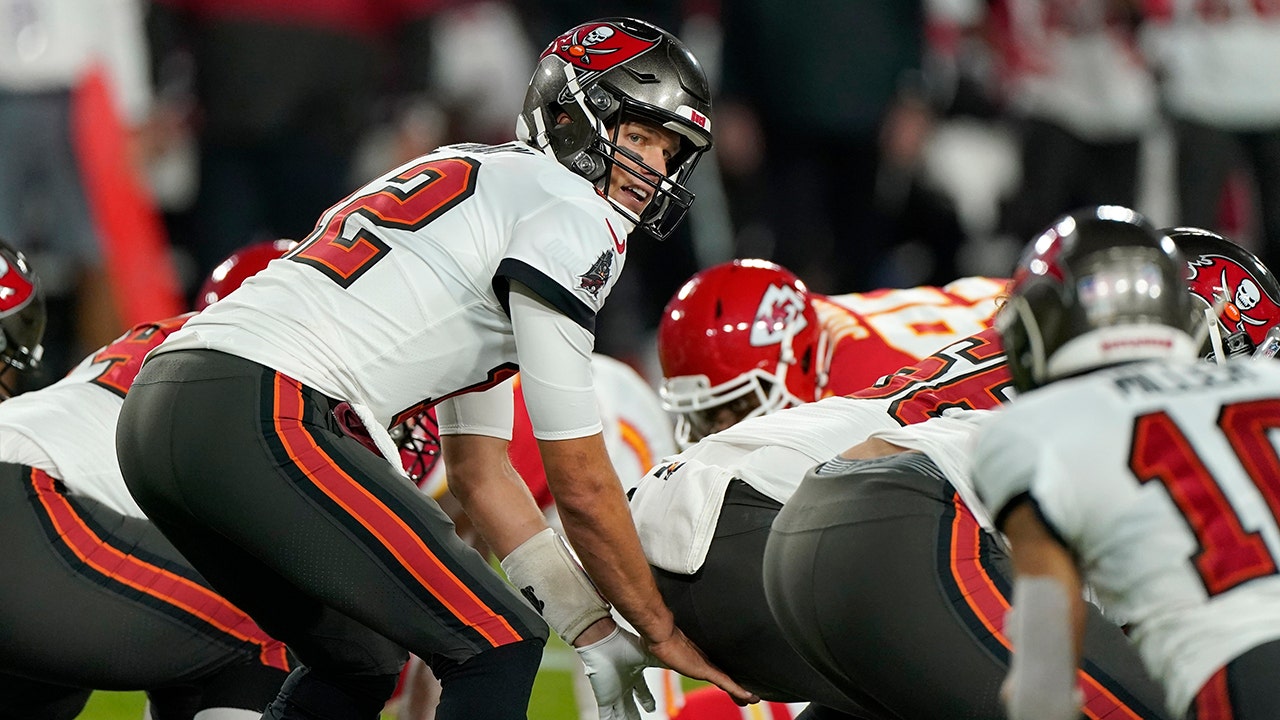 The Tampa Bay Buccaneers took a 21-6 lead into halftime over the Kansas City Chiefs at Super Bowl LV.

Harrison Butker started things off for the Chiefs in the first quarter with a 49-yard field goal. The score put the Chiefs up 3-0.

The Buccaneers answered on the very next drive. Tom Brady found a familiar face in Rob Gronkowski for an 8-yard touchdown pass. With the extra point, the Bucs went up 7-3 with 37 seconds left in the first quarter.

In the second quarter, an unnecessary roughness call set up a big pass from Brady to Mike Evans to get Tampa Bay within 6 yards of the end zone. A pass to offensive lineman Joe Haeg would be broken up and Ronald Jones would be stopped at the goal line on 3rd-and-goal and then again on the next play.

The Chiefs couldn’t take advantage of the turnover.

Later in the second quarter, the Bucs caught a break when lining up for a field goal. The Chiefs would line-up offsides and give Tampa Bay a new set of downs. Brady then found Gronkowski again for a 17-yard touchdown. An extra point would put the Bucs up 14-3.

Butker would cut the lead down to eight points with another field goal late in the second quarter.

Brady would find Antonio Brown for a touchdown to lengthen the Bucs’ lead before the half.

Brady finished the half with 140 passing yards and three touchdown passes before halftime. Jones had 33 yards on the ground and Gronkowski led the Bucs with five catches for 42 yards and the two scores.

Patrick Mahomes finished the half 9-for-19 with only 67 passing yards. He had 34 yards on the ground, leading the team. Travis Kelce had five catches for 47 yards.

In last year’s Super Bowl, the Chiefs were tied with the San Francisco 49ers 10-10 and went on to win the game.

Father-of-three, 69, spends 30 years transforming his Yorkshire garden into a...