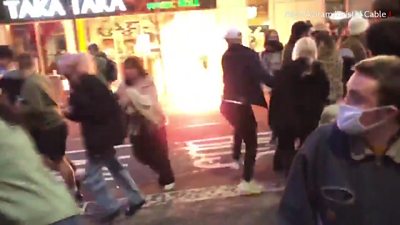 Crowds had gathered for the Kill the Bill demonstration in opposition to the Police and Crime Bill.

Campaigners have staged a string of protests against the bill, which would give the police more powers to deal with non-violent demonstrations.

Lockdown lifting: ‘Light at the end of the tunnel’

Why is it so cold?

Covid: ‘I’m very happy to have my hairdresser back’

Homebase to put mini-garden centres at Next stores