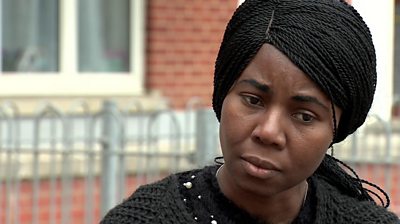 Police have confirmed that a body found in Epping Forest in Essex is that of the missing student, Richard Okorogheye.

His mother, Evidence Joel, said she did not believe her son took his own life, telling the BBC: “He knows how much we care for him.”

The 19-year-old student went missing from his home in west London two weeks ago.

Though the death is being treated as unexplained, detectives say they don’t believe a third party was involved.

The cause of death is pending while further investigations are carried out, but police say they found no evidence of physical trauma or assault.

Mr Okorogheye, who had sickle cell disease, would only leave the house to go to hospital for regular blood transfusions, because he was shielding during the pandemic.

Lockdown lifting: ‘Light at the end of the tunnel’

Why is it so cold?

Covid: ‘I’m very happy to have my hairdresser back’

Homebase to put mini-garden centres at Next stores