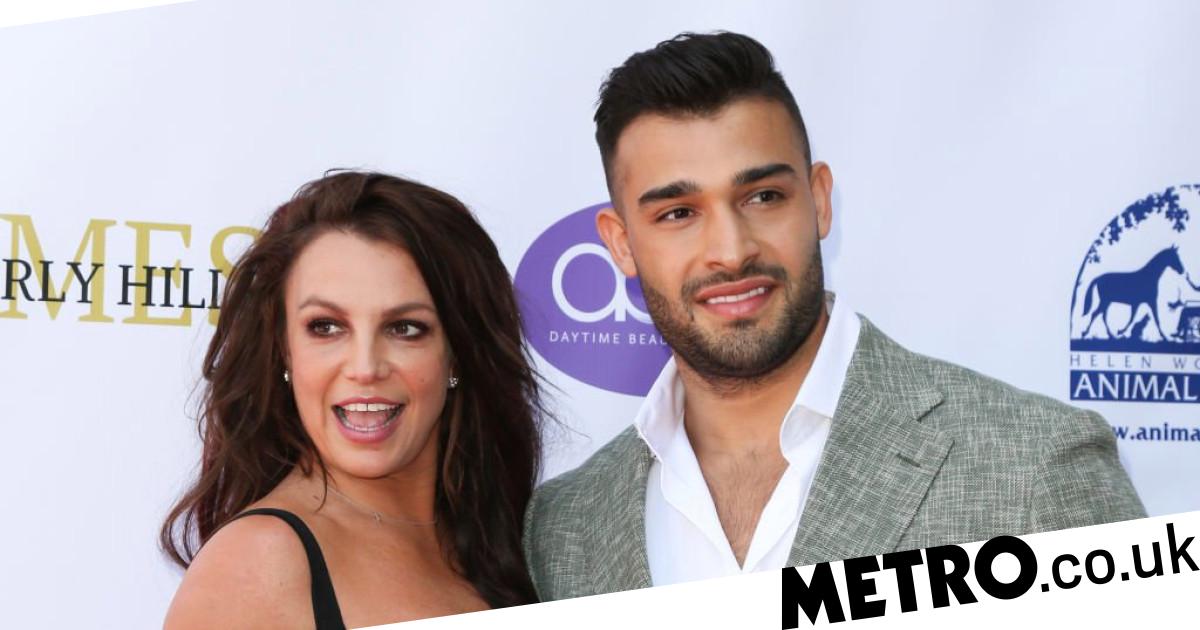 Britney Spears’ boyfriend Sam Asghari has spoken out for the first time since a controversial documentary about the singer aired in the US.

The Oops I Did It Again singer was the subject of the Hulu documentary, Framing Britney Spears, which explored her early rise to fame, the ongoing conservatorship over her wellbeing and financial affairs, her mental health and the #FreeBritney movement.

It also recalled her relationship with Justin Timberlake in the early noughties and their bitter break-up, leading fans to rally against the NSYNC star.

Speaking to People, the fitness trainer said: ‘I have always wanted nothing but the best for my better half, and will continue to support her following her dreams and creating the future she wants and deserves.

‘I am thankful for all of the love and support she is receiving from her fans all over the world, and I am looking forward to a normal, amazing future together.’

Britney, 39, and Sam, 27, have been dating since 2016 after meeting on-set of her Slumber Party music video.

Sam, who currently stars in BET+ series Family Business, only occasionally posts about Britney on social media and mostly keeps their relationship out of the spotlight.

He has been a pillar of support for Britney since she announced she was taking a step back from her music career to focus on her mental health.

Framing Britney Spears aired on Saturday night in the US and viewers were left heartbroken as they watched the singer struggle to deal with the intense fame at the height of her career, and how her personal life crumbled following her split from ex-husband Kevin Federline, and custody battle over their children Jayden, 15, and Sean, 14.

Paramore singer Hayley Williams was among the celebrities who reacted to the documentary and tweeted: ‘The Framing Britney Spears doc holy f**k. no artist today would have to endure the literal torture that media/society/utter misogynists inflicted upon her.

‘The mental health awareness conversation, culturally, could never be where it is without the awful price she has paid.’

Sam Smith backed up her sentiment and replied with a finger emoji pointing downwards towards her tweet.

The saga over Britney’s conservatorship continues with the singer fighting to regain control over her affairs, taking over from her father Jamie Spears.

Got a showbiz story?


MORE : Britney Spears has ‘no grudge’ against ex-boyfriend Justin Timberlake in wake of documentary

Man ‘killed lover and dropped her terrified son, 3, to his death in deep river’

Covid alert is DOWNGRADED to level four as cases fall

Young people: tell us how rising unemployment rates are affecting you