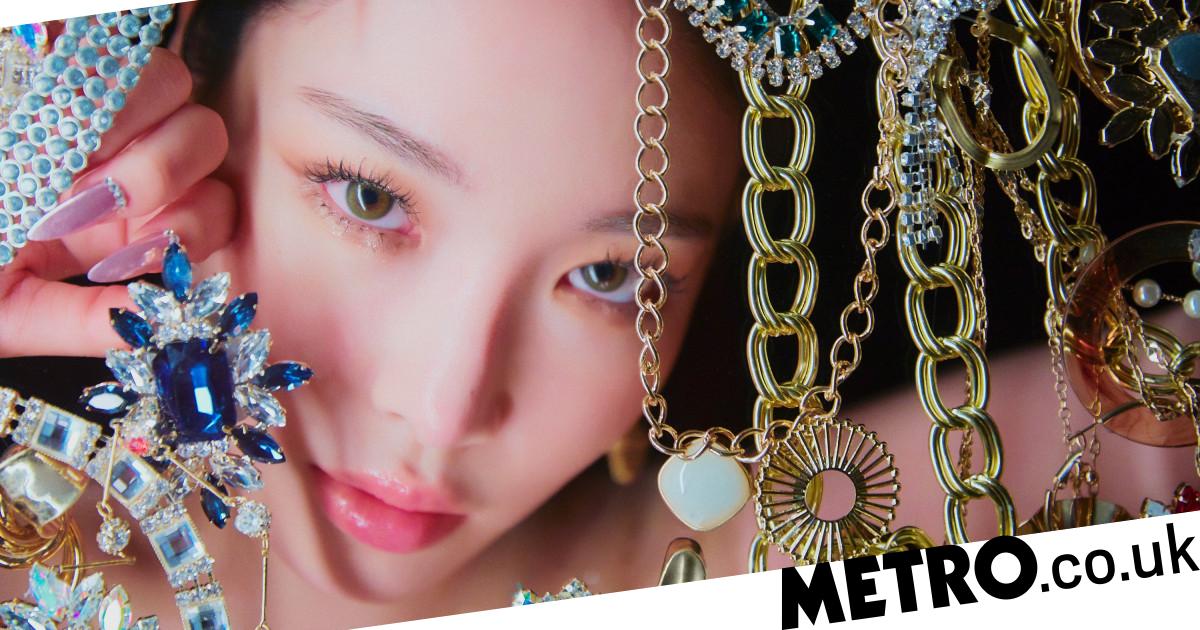 Chung Ha decided on the name for her new album after a session with her therapist.

The K-pop star has dropped Querencia, her first full-length album as a solo artist.

It was initially delayed after a tough period for the musician, who tested positive for coronavirus in December.

Speaking at a press conference about what the album title means, the singer, previously of now-disbanded girl group I.O.I., revealed: ‘I have a therapist and she asked me – it’s a psychological term – she told me that it was like a shelter, like where do you feel the most “you”?

‘I gave her the cheesiest answer I could think of at that moment. I said my bed!

‘Then I started to rethink what my querencia would be and then I thought that it would be my album. The most time I spend all day would be on my album. I would be practicing my album, listening to my album.

‘I had personal issues in 2020. I was sick, and I had a lot of other personal issues throughout 2020. Throughout that I was like, “what helped me the most?” and it was my album and so I named it Querencia. It’s perfect.’

She added that the process of making it was ‘challenging’ as she tried different styles including rapping in English on the title track Bicycle – which she has never done before.

‘It’s not exciting to stay with one simple concept, I want to jump into other things and that’s what Querencia actually means,’ she said.

‘That’s all it means, being fun and exciting.

‘I love collaborating with new people and artists and I learn something new. I was really open to anything and that’s what helped me.’

There is a wide range of styles on Querencia from indie rock to EDM, but for the 25-year-old there is only one which holds the most meaning.

Byulharang is her nickname and the name of her fandom while the numbers represent two dates close to her heart.

‘I just wrote it for my fans and I always try to reach out as much as I can,’ the Gotta Go singer shared.

‘The numbers are the dates. I have two debut dates, with my girls I.O.I and my solo debut date. I just put that together as a special reminder of a story that we all made.

‘My fans got me through 2020, they were my biggest Querencia.’

Querencia is out now.

Anya Taylor-Joy dresses down ahead of the Golden Globes

The most memorable moments in Golden Globe history

Ryan Garcia reveals what Manny Pacquiao told him about their fight

Sunday with Tim Key: ‘Those comforting evenings in the pub will be back’